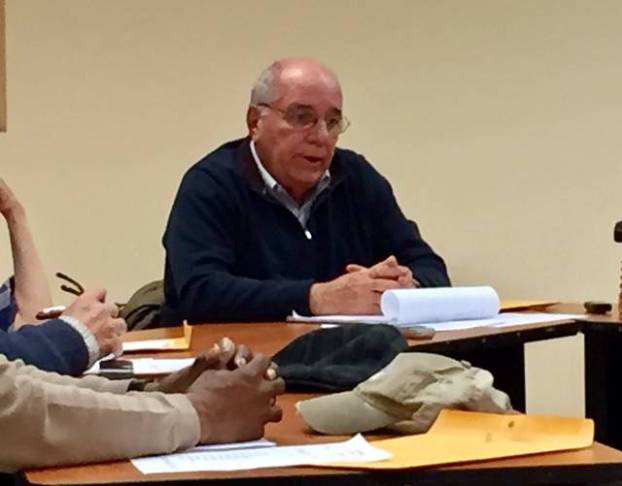 Mayor Danny Howard and the Harlan City Council met for the regular monthly meeting on Monday.

Mayor Danny Howard called the meeting to order at 7 p.m.

Howard noted there was nothing to report from the city attorney and city engineer. He then called on Harlan City Treasurer Charles Guyn for the financial report.

Guyn asked for a motion to pay the bills, which the council passed with no opposition. He also provided the council with financial information from the last few years in a single spreadsheet.

“What I’ve done is taken the last three audit reports for 2014, 2015 and 2016 and the information I’ve provided the auditor for 2017 and I’ve put it all together in a spreadsheet format so that you can see a four-year comparison as to what the revenues and expenses look like for each department” Guyn explained. “It gives you a better idea where our expenses have been and what our income has been over the last four years.”

Howard said the spreadsheet will be helpful to the council.

• The council went into executive session before adjourning, during which no action was taken.