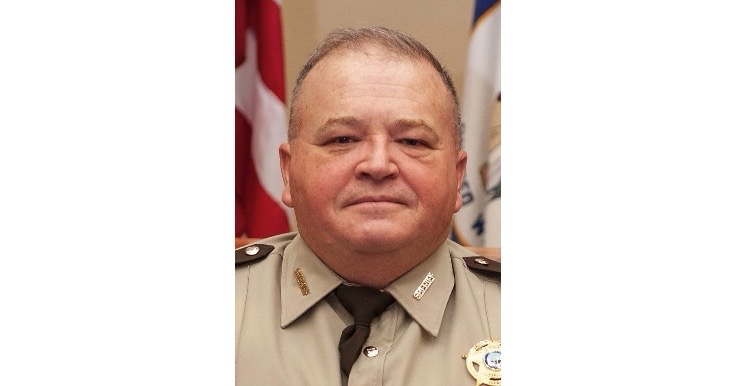 Leslie “Smitty” Smith recently shared with followers that he will be seeking re-election for Harlan County Sheriff in 2022.

Several months ago, Smith said he transitioned to the Republican Party alongside many Harlan Countians.

“My wife Robin, our son Chandler and I are all Christians of the Baptist faith. I am pro-life, pro-second amendment and I truly believe our morals and values define us more so than any other affiliation,” he said. “However, I realize we all must choose and my family did so after a great deal of thought and consideration.”

Smith said it has been an honor to serve as Harlan County Sheriff, adding “it is undoubtedly the highlight of my nearly 35-year policing career.”

“When I first began this journey I promised that I would do so with integrity, fairness and honesty and I have tried hard to fulfill that promise. My time spent serving as your Sheriff has not only been the highlight of my career, but I must say it has also been the most demanding,” he said.

“The past couple of years have undoubtedly been the toughest of my career from both a professional and a personal standpoint, for many different reasons. I know wholeheartedly it has been a difficult time for so many of our fellow Harlan Countians. For the most part, I am pleased with how things have gone during my time in service, and I feel that our staff works diligently to provide a great service.”

Smith said his office’s most difficult task involves the issues of illegal drugs in Harlan County.

During his tenure, Smith said he and his deputies have placed hundreds for drug-related (felony and misdemeanor) charges, with nearly 400 of those relating to drug trafficking and over 400 relating to felony drug possession.

“Meth is presently the most prevalent drug of choice and undisputedly comes in from our southern borders in massive quantities. The number of issues we deal with daily is sometimes overwhelming. I often discuss these very issues with other police agencies and Sheriffs throughout Kentucky and bordering states and they too have the same issues,” he said.

For a multitude of reasons, Smith said he and others find it difficult to adequately incarcerate those responsible for “this scourge on our society.”

“A great deal of societies resources have moved toward rehabilitation of those suffering from addiction. I’m an advocate for helping those who suffer from addiction and nothing is more satisfying than seeing those who overcome it,” he said. “I feel safe in saying there is not a single family that has not been effected by illegal drugs in some way. Our office has assisted numerous families in seeking treatment for loved ones.

“However, I also believe that long term incarceration is the only alternative for many, especially those who choose to profit from the sale of illegal substances. In several instances, we have sought federal prosecution when circumstances have allowed due to the penalties being more severe, and I will continue to advocate for stiffer penalties at a local level whenever possible.”

Smith said he has striven to create and maintain working relationships throughout the communities in Harlan County, noting his office and the fiscal court have made it a priority to “be a good steward with taxpayer’s money which is budgeted for the Sheriff’s office.”

“Beginning in 2018, and including 2019 and 2020, due to stellar previous audits, we were able to apply through the state auditor’s office for what is referred to as ‘agreed-upon procedures.’ This simply means that our audits take less time to complete and this has saved thousands of dollars in audit fees,” Smith said.

“Beginning in 2018 the Harlan County Sheriff’s Office was one of only 18 of Kentucky’s 120 counties that applied and met the criteria required. Since I assumed office, we have had stellar audits every year. This is a result of having an exceptional clerical staff and the attention to detail that is paid by everyone on a continuous basis.”

Smith said the sheriff’s office “fleet” is in great shape and maintaining it to provide safe, reliable vehicles for his deputies is another one of his top priorities.

“In the past few months we have been able to seek grants for new body armor for our officers. We have also purchased new carry and backup weapons for all of our officers,” he said. “Recently we were able to work with the fiscal court to increase our starting pay for uniformed officers in order to assist us in recruiting and retaining the best employees we can acquire.

“Like so many other police agencies, we too have struggled with keeping a full staff. In small department being short one or two officers makes it difficult to provide adequate services. I take great pride in making it my priority to make myself available and accessible to everyone who seeks conversation or information involving your Sheriff’s Office. Returning phone calls and following up with citizens and their concerns has always been a top priority. All of our deputies and staff assist numerous people on a daily basis and I am proud of their professionalism.”

Smith said many locals may not know the Sheriff’s Office has a deputy assigned full-time to the Appalachia HIDTA Task Force, which covers Harlan and Bell counties.

“They attempt to focus on drug trafficking organizations, consisting of multiple individuals which allows them to seek more stringent state charges. Since it’s inception in 2016, the task force has opened over 400 drug cases and made over 250 drug trafficking arrest,” Smith said. “Between 2016 and 2018, they bought and seized over 2,500 pills. It’s members have seized over 21 pounds of crystal meth and charged over a dozen on federal drug charges. Although all of the above mentioned activity was not Harlan County specific, it is undisputed that a great deal of the confiscated drugs were headed to Harlan County. Our involvement in the task force is just another way we attempt to combat our ongoing drug issues.”

Smith said the Sheriff’s Office has excellent employees and officers who go out each day to provide the best service they possibly can, adding a new deputy recently graduated the police academy.

“We have another new deputy scheduled to start the academy in January, and I am always actively looking for possible candidates. My efforts in managing and attempting to deliver quality police service has not and will not waver. My policing career spans 35 years, with 25 of those years spent in supervision,” Smith said. “It is truly an honor to serve Harlan Countians, and I look forward to our conversation and debate.”