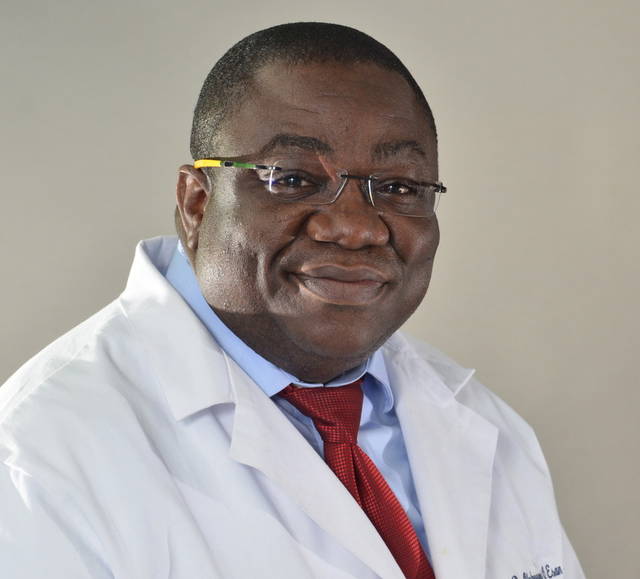 There’s a scene that has become all too common these days on our television screens — someone has used firearms to kill and maim a large number of people.

For most of us, it’s another sad story we see, hear and read about. But after the assault in the little Baptist church in a small Texas town, we should realize it could happen anywhere to anybody.

If it were to ever happen near you, would you know how to respond? Would you understand what you needed to do to help save lives?

As well as emergency responders are trained, they cannot be everywhere and they cannot always arrive in time to save everyone. In such a dire emergency, it’s going to be up to you.

The American College of Surgeons, of which I am but one member, has developed a plan to spread basic emergency response knowledge for incidents such as this. Their campaign is called “Stop the Bleed” and it consists of simple basic steps that anyone can do.

Step one is to make sure you are safe, because if you get injured you cannot help anyone. The rest is a simple matter of following A, B and C.

“A” stands for alert, as in make sure the authorities and responders know by calling 9-1-1.

Before that help arrives, you move on to “B” which is “find the bleeding.” Locate the source of major bleeding by opening or removing clothing and focus on “life-threatening” bleeding. For example, blood that spurts from a wound or won’t stop coming out. You can look for blood pooling on the ground or for clothing that is soaked in it.

Also, if a victim is confused or unconscious and is still bleeding, that could be life-threatening.

Then you quickly move on to “C.” That stands for compress. While there are lots of methods and tools that are used to stop bleeding, they all have one thing in common – the blood vessel has to be compressed.

We live our lives to influence the world around us. My goal as a physician is to use my skills and training to heal and comfort the sick and injured. Even if you’re not a doctor, you can do the same.

People who help in times of trouble are lauded as heroes, and maybe that’s true. Mostly though, heroes are people who see an immediate need and do what they can to help. The American College of Surgeons is working through the “Stop the Bleed” campaign to provide and promote information that will allow people to help in circumstances like this.

These techniques are ages old, but training has been boosted over the past decade as American veterans started returning home from the wars in Afghanistan and Iraq with training and experience in dealing with this sort of trauma.

The ACS then created the Joint Committee to Develop a National Policy to Increase Survival from Active Shooter and Intentional Mass Casualty Events. This was in response to the shooting at Sandy Hook Elementary School. In 2015, the committee issued its findings, and launched this national awareness campaign.

It promotes simple, effective first-aid procedures for use in mass-casualty events. The Red Cross also updated its first-aid guidelines. The details of the ACS campaign and training materials are available online at bleedingcontrol.org.

The most effective way an individual can help in the aftermath of a violent event is to provide first aid for the victims. If you want to be prepared to save a life in the event of something more common, like a car accident—then you need to pursue medical training and carry a medical kit with you at all times.

Professional-quality first-aid and trauma kits, which include tourniquets and hemostatic dressings, are available from North American Rescue and several other brands. You’ll want a small one you can take with you anywhere, one that’s a little more comprehensive for your outdoor adventures, and a multi-person, totally comprehensive kit for your vehicle and bigger trips.

Armed with medical supplies and the knowledge to use them, you will no longer be powerless. Learning effective first aid is never going to make mass shootings go away, but it can make them a whole lot less deadly.