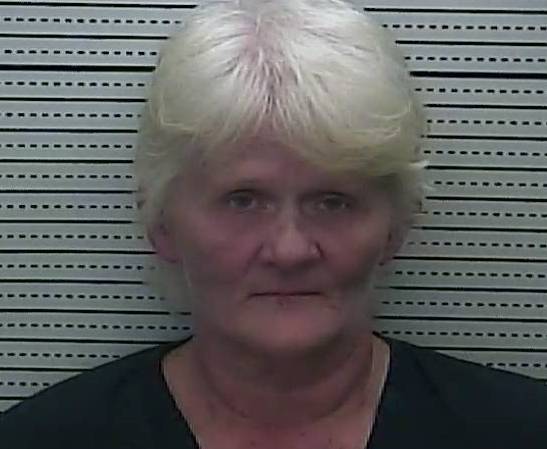 An Evarts woman is facing multiple charges stemming from two separate incidents after allegedly taking another woman’s wallet from a store counter and bashing a window out of a van with a baseball bat.

According to a warrant obtained by Harlan City Police Officer Derrick Noe, Moore knowingly possessed a wallet belonging to another woman on Sept. 4, 2016. Moore took the wallet from Smoking Joe’s where a woman had forgotten it on the counter. Moore took the wallet with the intent to deprive the owner of her personal property and money. The estimated value of the wallet and contents was in excess of $500.

A separate arrest warrant obtained by Wilson states Moore broke the rear window of a van on Sept. 25.

According to the warrant, a witness told police he had seen Moore on the property with a baseball bat and talked to her after she broke the window. The witness said they did not physically see Moore break the window. Wilson located Moore at her residence. She admitted she broke the window because the van’s owner was involved in an incident with her daughter.

Moore was charged with theft of property mislaid or delivered by mistake and third-degree criminal mischief. She was lodged in the Harlan County Detention Center on a $500 unsecured bond.

• Bartholomew Gilliam, 38, was arrested by Cumberland City Police Officer Cody Bargo on Sunday. He was charged tampering with physical evidence and falsely reporting an incident. Gilliam was lodged in the Harlan County Detention Center on a $1,000 full cash bond;

• David Scott Combs, 33, of Wooten, was charged with a probation violation on Thursday. He was lodged in the Harlan County Detention Center on a $3,000 full cash bond;

• Russell Jones, 60, of Cawood, was charged on Friday on a probation violation. He was lodged in the Harlan County Detention Center;

• Anthony Rodriquez, 45, of Harlan, was arrested on an indictment warrant on Sunday by Harlan City Police Officer Tyler Hensley. He was indicted for flagrant non-support and lodged in the Harlan County Detention Center.