Dragons advance deep in All A 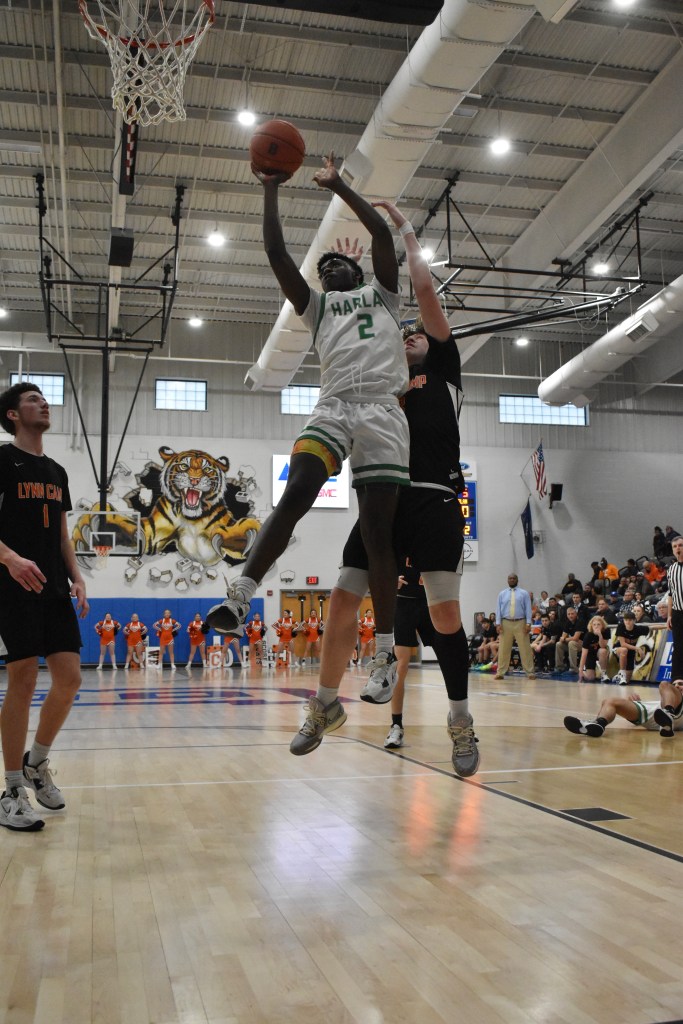 Harlan's Will Austin drives to the hole during the 13th Region All A Tournament. (Photo by Christin Freeman)

It’s time for the 13th Region All A Tournament, and the Harlan Green Dragons have stepped up play in the last three years at this time.

The McLendon’s combined to score all 22 points for the Dragons in the opening quarter as Harlan took a 22-15 advantage.

Kyler McLendon had eight points in the second period, and Gist scored six as the Green Dragons went into the locker room leading 44-21.

Austin tossed in seven points, and Cole hit a pair of 3-pointers in the third quarter as the Harlan lead swelled to 68-33.

The fourth quarter featured a running clock. Engle scored 11 of Lynn Camp’s 15 points in the period.

Kaleb McLendon nailed six 3-pointers for the game, and Cole made four. Harlan hit 12 of 34 from behind the arc.

The Dragons held a 35-25 rebounding advantage. Sparks had seven for the Wildcats. Kaleb McLendon added seven for Harlan.

Harlan (14-2) defeated Barbourville in the semi-finals on Monday 70-60 and will face Jackson City in the finals tonight.

Harlan will travel to Clay County on Thursday before hosting Bell County in a girls-boys district doubleheader on Friday.

Kyler McLendon and Gist scored 28 points on Thursday as the Green Dragons rolled to a 95-48 win over Knox Central.

Harlan sent the Panthers to 0-14 on the season, while the Green Dragons improved to 12-2.

The Dragons jumped out to a 34-12 advantage after eight minutes of play. The lead swelled to 50-34 at intermission and 79-38 after the third period.

Harlan outscored the Panthers 17-10 in the final quarter.

Knox Central had won the last 12 games against the Dragons. Harlan’s previous win was a 72-66 overtime victory in 2005.