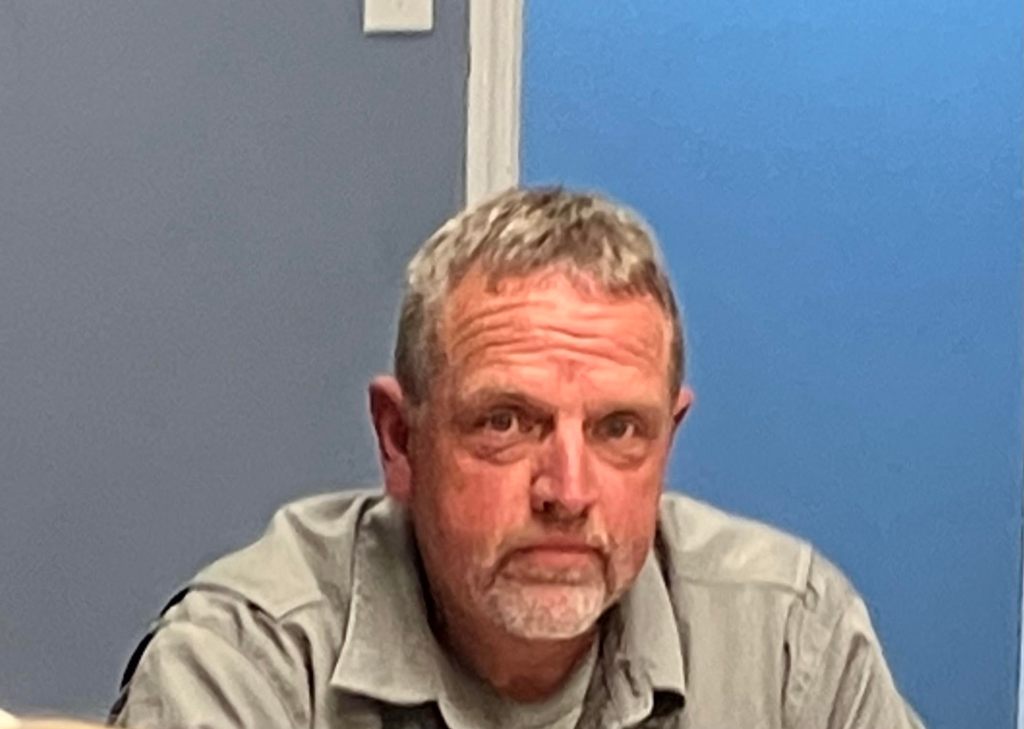 Evarts Mayor Eddie Manning brought the city’s tax ordinance to the attention of the city council during a recent meeting. (Photo by Joe Asher)

During a recent meeting, the Evarts City Council passed a first reading of the city’s tax rates, opting to leave the city’s property tax rates unchanged for the upcoming fiscal year.

Mayor Eddie Manning brought the topic to the panel about halfway through the regular August meeting.

“It is that time of year to go over the 2022 tax ordinance,” Manning said.

City Treasurer Troy Gaw updated the council on the options available for the city’s tax rates.

“For the last several years, it’s been .415,” Gaw said. “Long story short, to keep the same amount of revenue generated, because you did have appraisals and some things went up, to keep the $60,000 that we brought in last year, it would need to be .41. If you leave it at .415, which is not an increase, but there were some tangibles and things that went up so you’d bring in a little extra, you’d bring in $65,119.”

Gaw told the panel they had the option to go up to .431 without a public hearing.

Manning expressed his thoughts on the decision.

“I think all of us have been through this enough to know the routine,” Manning said. “You just have to decide how you want to handle it.”

Manning asked Woodard if he wanted to make that in the form of a motion. Woodard made the motion, with council member Preston McClain seconding.

The council passed the motion to approve the first reading of an ordinance leaving the tax rate unchanged.