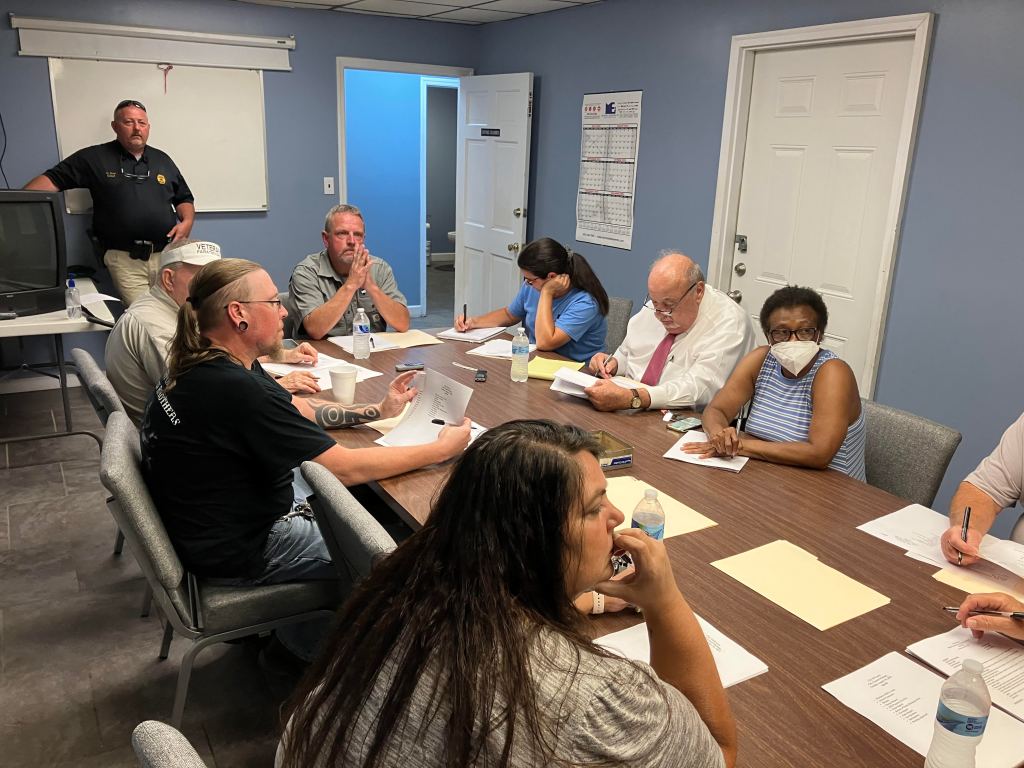 During the Evarts City Council’s regular August meeting, the council approved the first reading of an ordinance changing the city’s policy concerning disconnecting water service due to lack of payment.

Mayor Eddie Manning brought up the topic to the council.

“We talked about the water disconnect ordinance a little during the last meeting,” Manning said.

Manning then asked Evarts City Clerk Kristi Lamb to go over the proposed ordinance for the council.

“The only change you’ll see is a little bit of the language in the first paragraph, section one,” Lamb said. “It reads that all water service on accounts that are two months past due shall be disconnected by the 15th if said past due amount is not paid in full by the 10th of the immediately following the month when the account is two months past due.”

Lamb stated the policy the city has been following for some time results in disconnecting some past due customers as late as the 24th of the month, which interferes with the city’s meter reading period.

Lamb explained the proposed ordinance would shorten the time before service disconnect occurs.

“This change would read that all water service on all water accounts for which the monthly water bills are two months past due shall be subject to disconnect if said past due amount is not paid in full by the 10th of the month immediately following the month when the account is two months past due,” Lamb said. “The city will call all past due customers on the 11th of each month to notify them they are delinquent. The city will give the customer five days to pay, but if contact with the customer is not made on the 11th of the month, services will be disconnected on the 12th.”

Lamb pointed out that the proposed ordinance states that if customers are delinquent and do not make arrangements to pay by the 11th of that month, the customer’s service will be disconnected the next day.

According to Lamb, the proposed ordinance contains a section delaying the time for the ordinance to go into effect.

“Normally, when you pass an ordinance, it goes into effect at that moment,” Lamb said. “This allows you to say when it takes effect…so that we can put the ordinance summary out in city hall and let people look at it, so they will know what’s going on.”

Lamb pointed out that delaying when the ordinance will take effect allows the city’s water customers time to understand the coming changes.

“This only affects accounts that are past due,” Manning said. “That’s really not a lot … Most customers pay every month.”

Lamb said of the approximately 1,000 water customers in the city, only about 75 accounts were currently in past due status.

The council decided if approved, the ordinance should go into effect on Oct. 1.

The council approved the first reading of the ordinance.