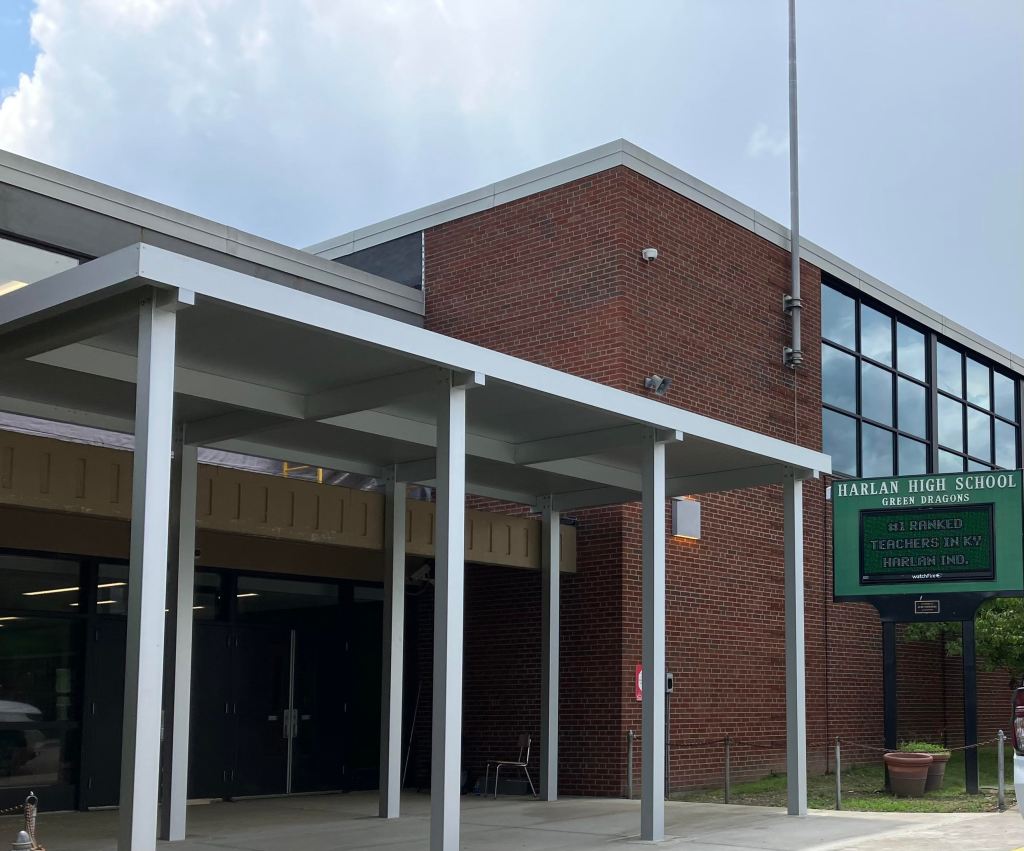 The Harlan Independent School System, like many other Harlan County organizations, rose to the occasion to assist the victims of recent floods which occurred throughout southeast Kentucky.

“We had several different groups that pooled their resources together and coordinated an effort to collect items, mostly cleaning materials,” Morton said. “We established our FRYSC (Family Resource and Youth Service Center) as a drop-off location.”

According to Morton, once the drop-off center had been established, the donations started coming in.

“We had a steady stream of resources coming in, and they’re still coming into the district,” Morton said. “Yesterday, we had a primary group of Harlan High School cheerleaders along with others who went to (Whitesburg) and delivered those items.”

Morton explained there are strong connections between his district and the schools in the areas impacted heavily by the flooding.

“We’ve got some direct personal connections with people that we can go and help,” Morton said. “So, they spent the day Wednesday doing that.”

Harlan Independent Schools staff and students started making plans concerning what could be done to assist the people adversely impacted by the flooding as soon as the extent of the damage became known.

“It happened pretty quickly,” Morton said. “Over the weekend, we started talking about what could be done, and then on Monday, we started spreading the word about collecting items here.”

Morton explained people began bringing in items on Monday and Tuesday, with a shipment of items going to Whitesburg on Wednesday.

“We still have probably another truckload of stuff to deliver,” Morton said. “We’re just waiting to make sure we get the right things.”

Morton pointed out that different needs come into focus as such events progress.

“The initial response is a pretty wide range of items,” Morton said. “As you get further into it, the things that are needed change.”

Morton said that while all items are accepted, the focus is currently on cleaning supplies.

“We’ve got everything from shovels to Clorox to bottles of water and non-perishable food items,” Morton said.

Morton added he had been advised clothing was no longer needed. However, cleaning supplies are high-priority items at this point.

Morton mentioned he has seen a strong response from community members wanting to help.

“Initially, we had a strong response,” Morton said. “Now, it’s pretty steady …. We get stuff all throughout the day each day.”

The response from the community has been notable.

“We are always overwhelmed by the generosity of our community members and thankful for the way they come together to help solve needs large and small,” Morton said. “We’re always encouraged and surprised at the level of response from a call to action from our community.”