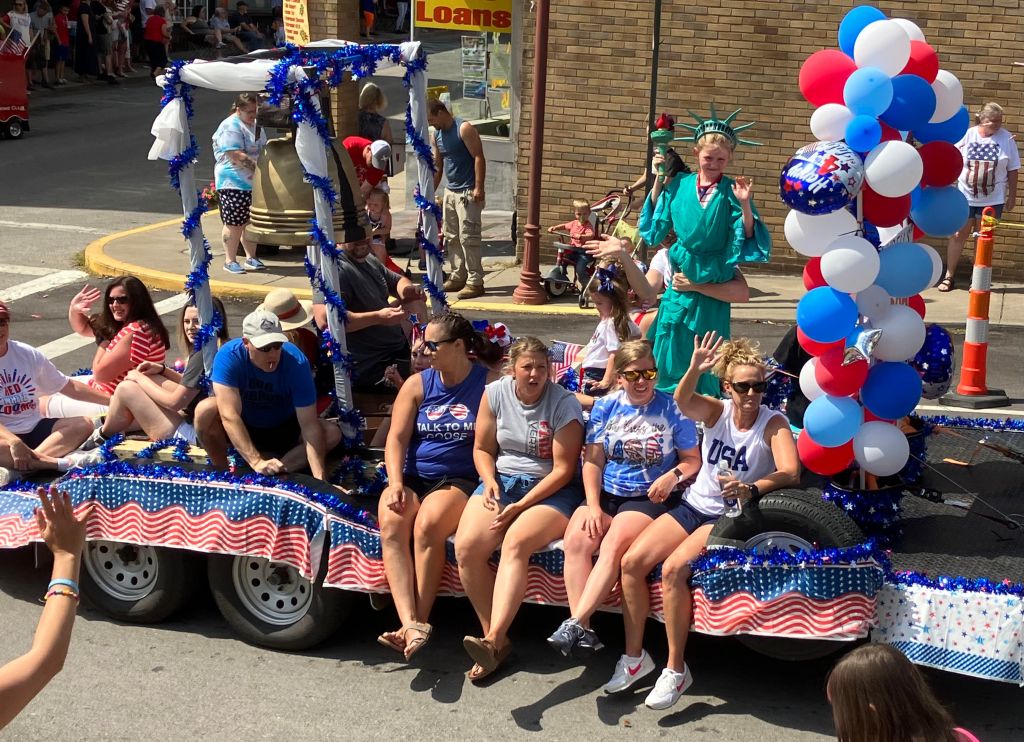 There were many floats on hand for the 4th Fest Parade on Monday. - Photo by Joe Asher

The city of Harlan threw a celebration to observe Independence Day on Monday with folks coming into town from all over the county for 4th Fest.

The highlight of the event for many was the parade, the first since the beginning of the Covid-19 pandemic. Spectators young and old lined the streets of downtown Harlan to view a collection of floats, decorated vehicles and patriotic participants parading through the town handing out candy and other treats as they went.

“It’s a very nice way to celebrate the Fourth of July,” said Larry Owens, one of the spectators watching the parade from the sidewalk near the Harlan Center. “The kids are really enjoying it.”

The winners of the parade were announced on Harlan City Tourism’s Facebook page, with the Grand Prize going to Finish Vertical. Other winners were Harlan Little League All Stars for Best Childrens , Jillian’s Pet Grooming for Most Patriotic, Finish Vertical won Best Theme for their “Barbells and Freedom” float, and Harlan County Jeepers took home the Harlan Tourism Award.

Following the parade, the crowd dispersed with most heading onto the grounds surrounding the Harlan Center to take part in the other attractions lined up for 4th Fest, including live music, food and crafts, and the opportunity to visit with other folks in attendance.

There were inflatables, face painting, and hair tinsels for the kids made available by local dance studio Studio 606, live music supplied by artists including Shayla Raleigh, Cody Howard, Brooklyn Collins, Laci Deaton & Company, and DM & The 1601s, and food and crafts available from multiple venders set up throughout the grounds.

The festivities started earlier in the day, with the Red, White and Zoom 5k Run leaving the starting line at around 9 a.m. A list of all the runners and their times can be found at the Visit Harlan County Facebook page.

A fireworks display wowed the crowd and illuminated the night sky above the city beginning at approximately 10 p.m. capping off the day’s activities.