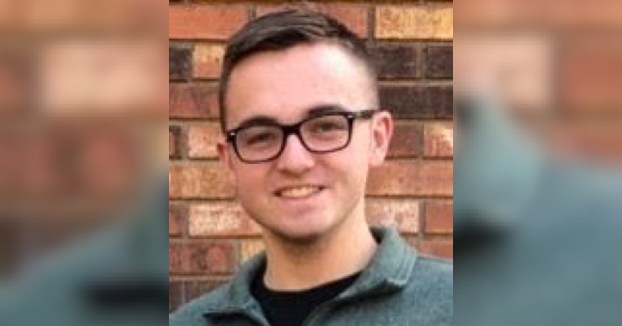 THE NEW DEALER: If you love your neighbor, then wear a mask

By TJ Hensley
The New Dealer

To say that this past week has been difficult for Harlan County would be a tremendous understatement.

Since Sunday, July 12, Harlan County has recorded 89 new positive cases of COVID-19. As I write this piece, Judge-Executive Dan Mosley has announced there are 94 active cases in the county and over 350 individuals are in quarantine to prevent further spread of the virus.

The spike in cases we have seen in our own county coincides with a dramatic spike in cases that has been evident in the Commonwealth as a whole. Just today, Gov. Andy Beshear announced a staggering 979 new cases of COVID-19 in Kentucky.

Needless to say, this has not only broken the record of new cases in a single day for our state — it has shattered that record. I pray this is not a record that we will surpass.

My friends, the presence of COVID-19 is a grave reality for Harlan County, the Commonwealth of Kentucky and the United States itself. The virus is not a hoax that was manufactured by one political party or another, nor is it, as some have said, a “mildly rough flu season” that has been “blown out of proportion.” It is deadly and is no respecter of race, age, gender or political affiliation.

COVID-19 is a common foe we must rise to face with courage and determination, but the fight against the virus is not a fight any one person, county or state can win. This is a fight which we can only win if we, as one people, work together.

This is an effort in which we must not think of how to only protect ourselves or our immediate family. It is an effort where we must commit to protecting all of our neighbors, both in Harlan County and beyond.

The single most effective and patriotic action that we can take in this ongoing struggle against COVID-19 is to wear a mask. I know that there has been much controversy and debate about this subject and there are a lot of opinions and views on the idea of wearing a mask during the pandemic but allow me to offer my two cents.

During a public health crisis, I think that we as a people would do best to take advice from experts in the medical field, not half-baked conspiracy theories spread through social media or partisan operatives who seek only to serve political agendas rather than serve people.

That being said, both the Centers for Disease Control and the World Health Organization have made it abundantly clear that wearing a mask remains one of the most effective means of slowing the spread of COVID-19. This is because the virus is primarily spread through droplets that can exit a person’s body as they breath, sneeze, cough or even talk. As such, the more folks who are out there wearing protective facial coverings, the less chance there is of the virus spreading.

Taking the advice from the experts, many government officials — from mayors to governors — have mandated some form of facial covering be worn in public places. These mask mandates come from Democrats and Republicans; liberals, moderates and conservatives.

Who is to say an asymptomatic individual, choosing not to wear a mask in public, will not spread the virus to someone who is at great risk of dying from the disease?

The fact remains that wearing a mask is one of the most meaningful and one of the easiest actions that we can take to demonstrate quite simply that we love our neighbors, and that we care deeply for their well-being.

In the second chapter of Philippians, Paul tells us, “Do nothing out of selfish ambition or vain conceit. Rather, in humility value others above yourselves.”

This is precisely the attitude for all of us to adopt during these most difficult times.

My friends, as we join together to face COVID-19, let us all commit to the noble ideal of valuing others above ourselves.