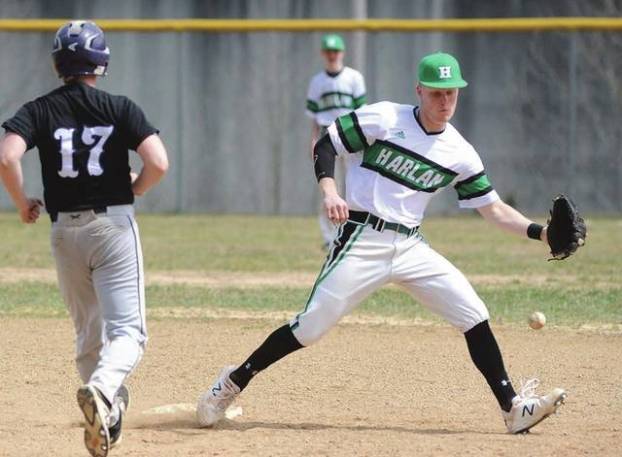 Connor Bain cruised through five innings as Barbourville coasted to a 13-2 win Monday at Harlan.

Bain, a senior right-hander, struck out seven and walked two while holding Harlan hitless through 4 1/3 innings. Shane Lindsey broke up the no-hitter with a bunt single, then moved to second when Jared Hawkins walked. Kanyon Hall singled home a run with two outs. Kilian Ledford was safe on an errant throw from the Barbourville catcher, bringing in the second run. Hall also tried to score but was tagged out by Bain in a rundown to end the game.

Bain also led the Tigers’ 14-hit attack with a triple and double for two RBI. Dakota Tye had a double and single for two RBI. Caleb Powers, Bailey Lundy, Ethan Phipps and Jarrett Smith had two singles each as the 6-2 Tigers feasted on the off-speed pitches of Harlan freshman Evan Browning, who gave up 13 runs on 14 hits in four innings. Mitchell Buchanan had a two-run double. Jordan Collins added an RBI single.

Shane Lindsey pitched one shutout inning in relief for the 3-5 Dragons.

Harlan will travel to Jellico, Tenn., on Friday.