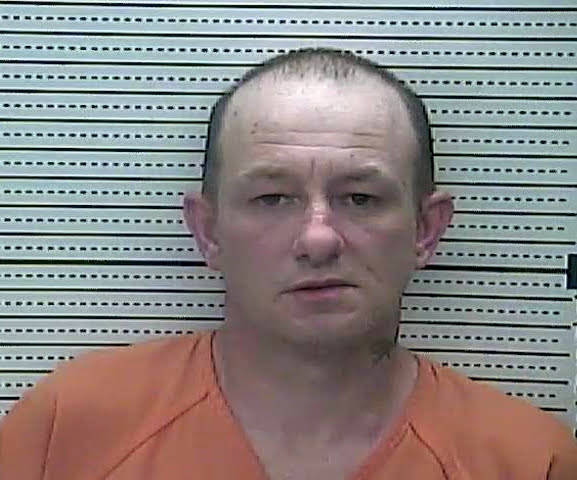 A Mary Alice man was ordered to begin serving a 10-year prison sentence after his probation was revoked recently in Harlan Circuit Court.

According to the order to revoke probation, Taylor was indicted for flagrant non-support and first-degree persistent felony offender on Aug. 25, 2014. He was sentenced to a total of 10 years after entering a plea of guilty to the charges on Oct. 5, 2015. Taylor was granted probation on the sentence for a period of five years, unsupervised, or until an arrearage of $2,208 was paid in full.

The indictment handed down by the grand jury on Aug. 25, 2014 states Taylor failed to provide support to a minor he knew he had a duty to provide.

The probation revocation order signed by Hendrickson on March, 28, states “It is important to stress at the outset that Taylor is a near life-long drug addict. It is fair to say his failure to pay child support is just one of the many manifestations of that addiction, which has otherwise prompted his unstable and criminal past, including one stretch in prison…it is important to stress that non-payment of child support is merely the charge that brings us to this juncture, this time the charge itself does not project the scale nor the type of problem Taylor presents.”

The probation revocation order additionally states Taylor failed to appear for sentencing on Oct. 19, 2015. He was arrested on Nov. 30, 2015 and detained for sentencing. Taylor was brought before the court on Dec. 2, 2015, sentenced and granted probation. Between Sept. 4, 2016 to Nov. 21, Taylor was arrested multiple times on charges including failure to appear, giving an officer false identifying information, DUI, resisting arrest, disorderly conduct, violation of a Kentucky EPO/DVO and first-degree trafficking a controlled substance (methamphetamine).

“It is painfully evident that the community has been unable to manage Mr. Taylor, and the Court does not see that changing in the foreseeable future,” states the probation revocation order.

Hendrickson revoked Taylor’s probation and remanded him into custody to begin his sentence.