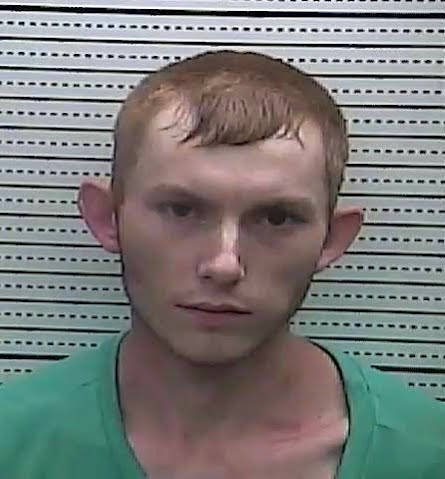 The Harlan County Detention Center advises a man who walked of work release several weeks ago is now back in custody.

Bill Patterson, 32, of Wallins, was apprehended on Wednesday.

According to Harlan County Chief Deputy Jailer Derrick Moore, Patterson was apprehended by Kentucky State Police at 11:16 p.m. near Lamar Road in Bell County. Patterson was taken to the Bell County Detention Center.

“He is back in the Harlan County Detention Center today,” Moore said.

According to a previous report, at approximately 1:15 p.m. on Feb. 15, Patterson was discovered missing from a work release crew during the final head count which was done while loading the vans at the end of work duties performed upon Daniels Cemetery in Smith. Inmate Work Release Program vans unloaded the inmates at approximately 1:05 p.m. on Feb. 15 and performed a head count before directing inmates to remove the rainwater destroyed flowers and debris from the cemetery at Daniels Mountain. When all the debris was securely off the cemetery, the vans were loaded at approximately 1:15 p.m. and the departing head count was performed, revealing Patterson missing. The jail administration was notified and local law enforcement and dispatch were all informed of the situation. Patterson had been participating in the Inmate Work Release Program since Feb. 2.

Harlan County Judge-Executive Dan Mosley provided an update on a proposed wellness center during a recent meeting of the Harlan... read more