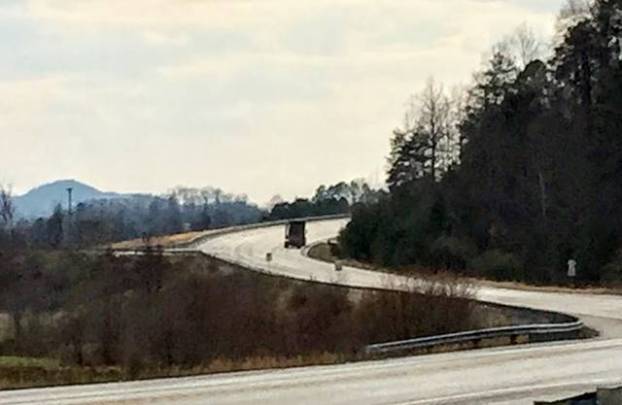 The Harlan County Chamber of Commerce heard an update concerning possible work on a section of US 421 near Cranks during a meeting this week.

The Harlan County Chamber of Commerce invited Harlan County Judge-Executive Dan Mosley to speak at the organization’s meeting this week. Mosley spoke on a variety of topics, including issues with a section of US 421 near Cranks.

“Federal Highway Administration officials have actually been to Harlan County over the last few months,” Mosley said. “They’ve been working closely with transportation cabinet officials in Manchester and Frankfort about solutions to finish this three miles of US 421, which we desperately need finished.”

According to Mosley, the section of road is not in the current road plan.

“They’ve completely changed the way the road plan is configured,” Mosley said. “They’ve gone to a program called SHIFT…it’s definitely one that has caught a lot of eyes around the state and disappointed people because there are not as many projects in it.”

Mosley said there aren’t as many road projects due to the state road fund being in bad shape.

“My argument here is, this is something we shouldn’t even have to ask for here in Harlan County,” Mosley said. “It’s been 17 years since they spent the last penny out there and it’s a shame.”

Mosley pointed out finishing that section of road is important from both economic development and safety perspectives.

“Right now, they’re working on a design for essentially the first half mile that has not been completed, from Barn Road Branch on toward Cranks,” Mosley said. “That’s the area that typically floods every time we get high water…They’re looking at trying to do a project that ties into the original design to get that road out of a flooding situation to where it wouldn’t have to be closed every time we get a high water event.”

Mosley said he is hoping there will be an announcement concerning the road sometime in the spring.

“They’re looking at a variety of ways to address it,” Mosley said. “If they do commit funds to it, it’ll be the first time in 17 years there has been any money spent out there.”

The local charitable organization #withlovefromharlan has provided a way for folks to help feed hungry children and adults alike by... read more