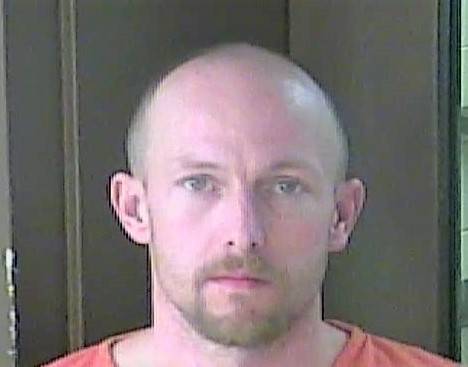 A man was recently sentenced to a total of 10 years in prison recently in Harlan Circuit Court for offenses including manufacturing methamphetamine and drug trafficking.

The indictment handed down by the grand jury on Aug. 24, 2015, containing charges including manufacturing methamphetamine, stems from Goins’ arrest on May 29, 2015.

According to the citation issued at the time of Goins’ May 29, 2015, arrest, police received a complaint that occupants of a residence in Cumberland were cooking methamphetamine. Police detected the odor of ammonia at the residence. Police made contact with the residents and located a liquid suspected to be meth oil and approximately 2 grams of a white substance which field tested positive for methamphetamine. A baggie containing coffee filters and suspected methamphetamine residue was also located.

A separate indictment handed down by the grand jury on June 29, 2015, contained counts of second-degree trafficking a controlled substance and persistent felony offender.

Hendrickson sentenced Goins to a total of 10 years, to run consecutively with time Goins is currently serving on other charges. Goins was remanded back into custody to begin his sentence.

In other court activity, Jimmy Pike, 28, of Evarts, was ordered to begin serving a five-year sentence after his probation was revoked in Harlan Circuit Court.

According to the probation revocation order, Pike was granted probation for a period of five years on a five-year sentence for first-degree trafficking a controlled substance (methamphetamine). The order states Pike tested positive, missed drug screens and missed meetings and scheduled sessions with Drug Court staff. Pike also failed to complete an 18-month recovery program in LaBelle, Missouri.

Hendrickson ordered Pike’s probation revoked and remanded him into custody to begin his sentence on Feb. 14.