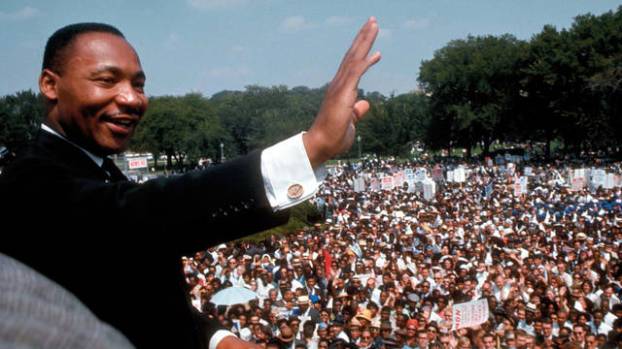 Martin Luther King Jr.’s birthday is a federal holiday and is recognized on the third Monday in January.

Federal holidays and their significance

Have you ever come home from work and realized your trash wasn’t collected? Or have you gone to the local library only to find it locked and closed for the day? Did you want to swing by the bank or credit union to withdraw some funds or maybe make a deposit only to find it deserted?

If this has ever happened, chances are you forgot it was a federal holiday.

There are ten federal holidays on record that are established by law. Some of them are obvious, nationwide celebrations of tradition such as Independence Day, Thanksgiving and Christmas; others are sometimes forgotten or not given much attention due to the daily rigmarole of adult life.

Jan. 15 was Martin Luther King Jr. Day, and all non-essential government offices were closed — just as with the other 10 officially sanctioned federal holidays. With federal holidays, sometimes banks and other small businesses may choose to give their employees the day off. On the largest holidays such as Thanksgiving and Christmas, even large scale retailers will give their employees the day off in observance.

How does a holiday become a federal holiday and what is their significance to America?

New Year’s Day, the first chronological federal holiday, is a given as most nations and cultures. have their own New Year’s celebration.

The next one of the calendar is Martin Luther King Jr. Day — designated to celebrate the civil rights leader and his contributions to American history. This holiday is recognized on the third Monday in January. This day also has the distinction of being the most recent federal holiday added to the official list.

The next holiday is Memorial Day, which is a celebration and honoring of all of the American men and women who have given their lives in war time. It falls on the last Monday in May.

The next holiday is, of course, the Fourth of July, or Independence Day.

After Independence Day comes Labor Day, which is the official end of summer. Labor Day, which falls on the first Monday in September, was first created to honor the achievements of American workers and the American labor movement.

Columbus Day comes after Labor Day, and recent years have seen some controversy of the validity of Columbus Day regarding whether Christopher Columbus was the true discoverer of America or not, but the day is still celebrated and recognized on the federal level. This holiday is recognized on the second Monday in October.

Veterans Day is next, and the last holiday before the largest ones of the year roll around. Veterans Day, obviously, is meant to honor all those serve and have served in the American military. It is not just reserved for the dead, like Memorial Day — but all service men and women. It is recognized Nov. 11.

As can be determined, each federal holiday marks a turning point in American history, commemorates an important historical figure, or observes a long-standing tradition celebrated by millions. Each of these holidays holds significance to the country and its citizens.