Balancing out the lobbyists 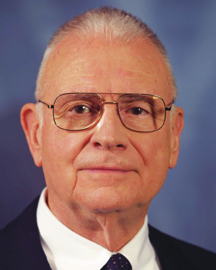 One of the quirks of life in Washington, D.C., is that pretty much the only people who don’t refer to lobbyists by that name are, well, lobbyists. They’re “policy advisors,” or “strategic counsel,” or “public relations advisors,” or lawyers, or even just “consultants.” Whatever they’re called, though, they play a huge role in making policy.

For the most part, they are able, well-informed, and skillful at what they do. Their aim is to develop a cordial relationship with policy-makers — whether elected to Congress or serving in some federal agency — so that they can advance their points of view. And policy-makers rely on them: for information, for research and writing, for persuasive arguments, and, of course, for political support.

Though there are members of the influence industry who aren’t especially well-heeled, there are plenty who are. As a whole, they spend a lot of money: $3.15 billion in 2016, according to the Center on Responsive Politics, which tracks lobbying and lobbyists.

Some industries — among them pharmaceuticals, communications, insurance, and oil and gas — employ hundreds of people whose sole mission is to influence federal policy-making. They write checks to politicians for speeches, dole out campaign contributions, pay for travel. They work hard to get their favored politicians elected and to rally their members at important moments. They are extremely sophisticated in the use of media, including social media. They pursue public education campaigns, grassroots organizing, and other means of getting members of the public to back them.

There’s a reason for all of this: the stakes are high. When I was in Congress, I used to wonder why I’d see CEOs walking around Capitol Hill or stopping by my office for a visit. These are important men and women who have major responsibilities that have nothing to do with politicians, and yet there they are. Why? Because if they can get a few words added to or eliminated from regulations or legislation, their companies can benefit by millions and sometimes billions of dollars. It’s that simple.

And it’s why, no matter how much politicians like to talk about “draining the swamp,” they never do. The swamp keeps growing because what’s at stake for the influence industry and the interests that fund it does, too.

I should say that I’ve known a lot of lobbyists over the years, and respected them as hard-working, well-informed participants in the process. I’ve been helped by many of them, and misled by only a few. But I worry about the growth of the industry and its outsized weight compared to that of the ordinary American. As the impact of well-resourced interests grows, I think the voice of ordinary citizens has been diminished. The voter may have a vote every few years, and that should not be discounted, but it cannot possibly match the effect of people who are there day in and day out, wielding the resources many of them can bring to bear.

So what do we do about this? I do not think it’s enough to say, as some politicians do, that in the scheme of things there are so many countervailing voices that they cancel each other out. That’s simplistic.

Part of the answer lies with robust disclosure and transparency laws and enforcement. But as important, I believe that Congress ought to increase its capacity to do its own research, analysis, oversight, and fact-finding. It has some capabilities in this regard, through the Congressional Research Service, the Congressional Budget Office, and the Government Accountability Office. But as the Brookings Institution pointed out earlier this year, those three agencies, through budget cuts, lost 45 percent of their combined staffs over the last 40 years, even as members’ workloads grew. Lacking the independently provided information they need to make informed decisions, Brookings noted, “Congress members will fall back on documents provided by interest groups and lobbying efforts.”

The problem is, members of Congress don’t seem especially concerned about the outsized role the influence industry plays in their deliberations; nor do they seem especially interested in building their own independent capacity to analyze issues and legislation. But if you care about representative democracy, you ought to be.

Lee Hamilton is a senior advisor for the Indiana University Center on Representative Government; a Distinguished Scholar, IU School of Global and International Studies; and a professor of practice, IU School of Public and Environmental Affairs. He was a member of the U.S. House of Representatives for 34 years.