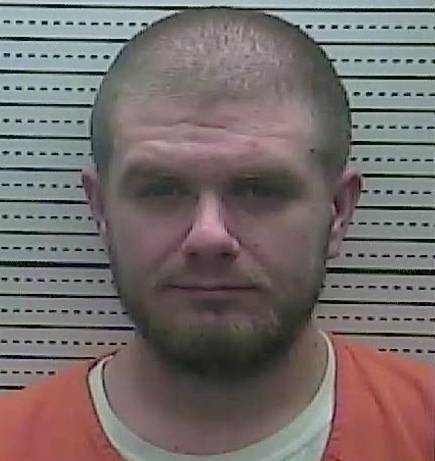 A Coldiron man was sentenced to a five-year prison sentence recently in Harlan Circuit Court after a jury found him guilty of multiple charges, including tampering with evidence.

Saylor was sentenced after being convicted on charges stemming from his March 30 arrest by Kentucky State Police Trooper Andy Soltess.

According to the citation issued at the time of his arrest, Saylor was arrested on other charges and lodged in the Harlan County Detention Center. After he was advised if any contraband items were found he would be charged, Saylor told police there was nothing on his person. Deputy Jailer Jared Perkins located three small round pills underneath a sleeping mat. Saylor was then brought into the jail lobby by Deputy Jailer Brad Lawson. Lawson performed a search of Saylor, locating 13 various pills inside a body cavity.

The grand jury handed down an eight-count indictment on May 3, charging Saylor with first-degree promoting contraband, second-degree promoting contraband, third-degree possession of a controlled substance, three counts of possession of a legend drug, tampering with physical evidence and second-degree persistent felony offender. Soltess presented evidence to the grand jury resulting in the indictment.

According to the final judgment order, five of the eight counts contained in the indictment were dismissed before trial. Saylor appeared for trial in Harlan Circuit Court on Nov. 8, represented by Hudson.

Saylor was found guilty by a jury of first-degree promoting contraband, tampering with physical evidence and second-degree persistent felony offender. The jury recommended a total of five years in prison.

On Nov. 15, Hendrickson followed the jury’s recommendation and sentenced Saylor to a total maximum term of five years in prison. Saylor was remanded into custody to begin serving his sentence.