Cats take on No. 3 Volunteers in ‘unique challenge’ 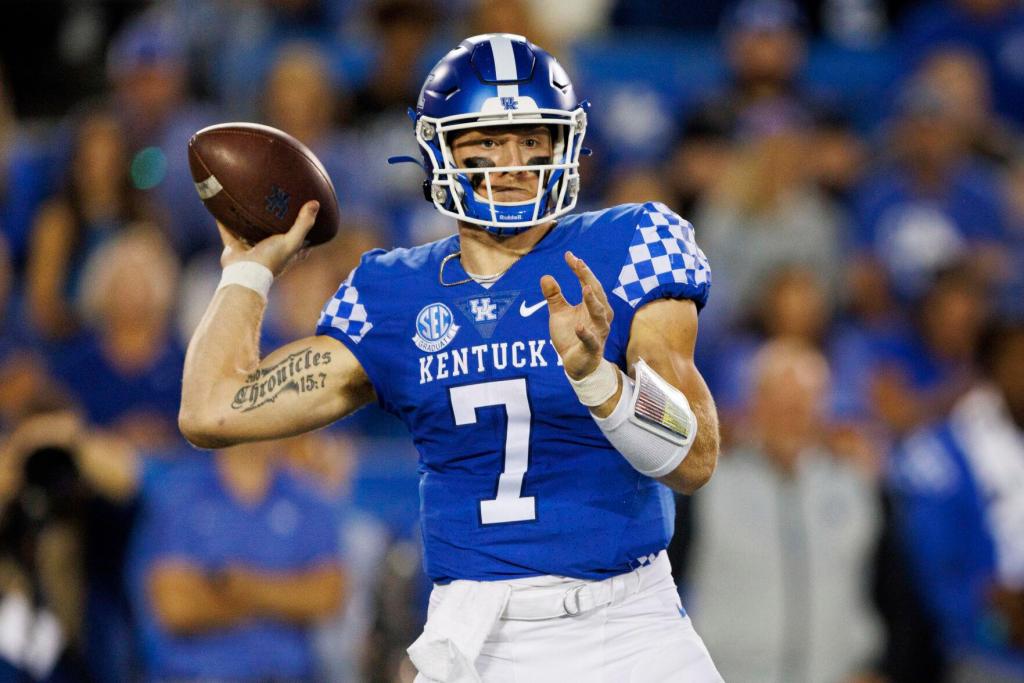 Kentucky is used to facing adversity, but that won’t make things any easier when the Wildcats take on third-ranked Tennessee Saturday in Knoxville.

“The environment is very difficult we play in this league consistently, so we’re used to playing in these environments. But that doesn’t make it any easier,” Kentucky football coach Mark Stoops said. “This is a unique challenge this week so we have to learn from the things we did well, areas where we fell short in environments like this, try to offset it as best as you can, much like the everyday approach to almost everything we do.”

A sellout — the fifth in a row for the Volunteers  — and the top-scoring offense in the nation await No. 19 Kentucky, which is coming off a much-needed bye week. The Volunteers (7-0, 5-0 Southeastern Conference) defeated Kentucky 45-42 a year ago in Lexington but lost to the Wildcats 34-7 two years ago at Neyland Stadium.

“The previous years didn’t matter for them versus Alabama. This year is a different, totally new year and new teams,” Stoops said. “Sure, you look at scheme, you look at the ways you beat yourself or that they beat you and try to improve on those, but last year we played much of the game very efficiently. But, in certain situations, we fell short.”

Stoops and his staff know there’s not much room for error against the Volunteers, who have won their first seven games for the first time since winning a national championship in 1998.

“I think it’s really important for us to not beat ourselves, number one, in trying to do too much and just getting a body on a body and competing. There’s going to be a lot of one-on-one situations that we have to step up and win. It’s important, team defense is important.”

Kentucky defensive coordinator Brad White agreed and added playing well in the trenches will be a key.

The offense, quarterback Will Levis said, will have to sustain drives and keep Tennessee’s potent offense off the field. Sustaining long drives will help the Wildcats achieve that feat.

“I think if we are able to string together a couple of 10-plus play drives and take a lot of time off the clock, that doesn’t give them much time on the field,” Levis said. “It makes it easier on our defense, giving them the rest they need. We’ve got to make sure we put long drives together, manage the game, manage the clock if we want to win.”

That includes playing well on both sides of the ball.

White added the defense is eager and ready for the challenge.