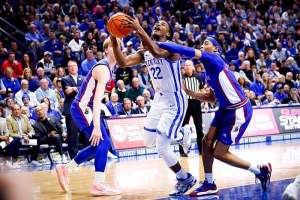 Kentucky simply couldn’t stop Kansas when it mattered the most. The Wildcats gave the defending national champions all they could handle before the No. 9 ... Read more 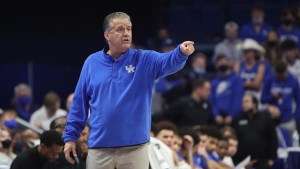 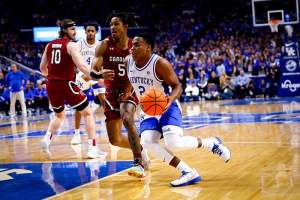 Sahvir Wheeler’s minutes have diminished during Kentucky’s three-game winning streak, but the senior point guard remains a valuable piece of the puzzle. “For us to ... Read more 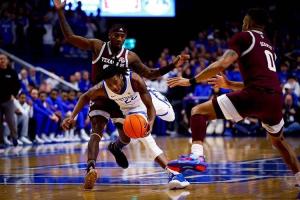 Kentucky took a proverbial punch from Texas A&M and fought back, resulting in a 76-67 win over the Aggies Saturday. The loss was the first ... Read more

Kentucky hit proverbial rock bottom after a shocking three-point home loss to South Carolina on Jan. 10. It was the first of two straight Southeastern ... Read more

In his second stint as Kentucky’s offensive coordinator, Liam Coen’s top priority is to get the offensive line back on track. “That’s the number one ... Read more 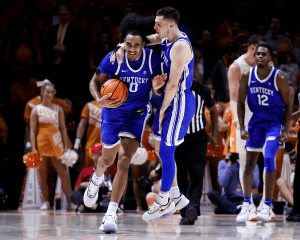 Kentucky ended a week of turmoil with a triumph. A program in disarray following a two-game losing streak, the Wildcats (11-6, 2-3) recorded their first ... Read more

Kentucky coach John Calipari has been known as a stellar recruiter and a coach of Hall of Fame caliber. However, a first-round loss to Saint ... Read more 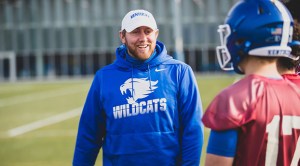 Liam Coen made an impact in his only season at Kentucky. After one season in the same capacity with the Los Angeles Rams, Coen officially ... Read more

Kentucky was a heavy favorite against South Carolina on paper. It was a different outcome on the court. The Gamecocks added to Kentucky’s mid-season slump ... Read more