Film shot in Harlan debuts at Sundance on Jan. 27 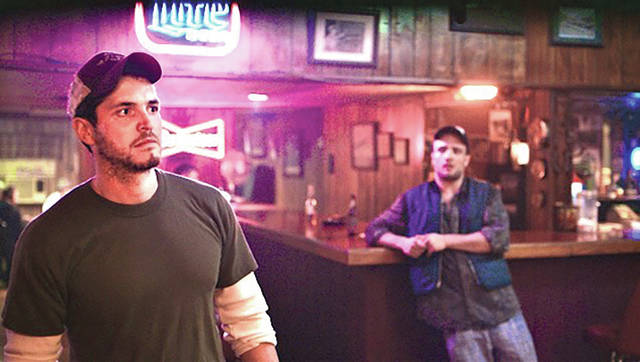 The Evening Hour, filmed in and around Harlan under the direction of Braden King, will be premiering at the 2020 Sundance Film Festival: U.S. Dramatic Competition on Jan. 27. Based on Carter Sickels’ novel of the same name, the film includes some of Harlan’s residents.

A Harlan-shot film will be premiered at the 2020 Sundance Film Festival on Monday as part of the U.S. dramatic film competition. Based on Carter Sickels’ novel of the same name, The Evening Hour was filmed in Harlan during the fall of 2018.

Under the direction of Braden King, who first made a name for himself at Sundance in 2011 with his film HERE, the film featuring the mountains of Appalachia and some of its locals will be presented at the festival with more showings being planned for later on.

“So far it’s been going pretty good. I think the thing we’re most excited about is being able to see people watching something we filmed in Appalachia,” King said.

King said he and his crew first began filming in fall of 2018, editing the sound and visuals for the next eight to nine months after the initial recording.

“We had a really amazing time in southeastern Kentucky. We made new friendships and collaborations with people that are now really meaningful to us,” he said. “A lot of us who were working on the film were from outside the Appalachian region, but I think the area and its people found a way to put itself into the film and you can feel that.”

King said it was “very special” to him to be able to be in Harlan and meet the people who live here, and it is even more important to him to “keep people up to date on what is happening with the film,” adding he didn’t want to disappear and leave people in Harlan in the dark about the film.

“I didn’t want people to think nothing came of it. There’s just a lot of work that goes into working on the sound and music and color of the film itself, but I am very excited we will be able to release it,” he said.

Associate producer Robert Gipe said King impressed him by going “above and beyond what the average outside filmmaker might do.”

“Braden King and The Evening Hour crew did a great job of hiring local people and spending their money locally. They put considerable time in trying to understand where they were and involve Harlan people in their thinking about how they told their story,” Gipe said. “In particular, they brought a rough cut of the movie back to Harlan for feedback before finishing it. I’m looking forward to seeing how the picture turns out.”

Although a date has not yet been established, King said he will be coming back to Harlan in order to show the film to locals who made the production possible.

To watch the official trailer for The Evening Hour, visit IndieWire.com.

The following synopsis was provided by King and his crew:

Cole Freeman (Philip Ettinger, First Reformed) maintains an uneasy equilibrium in his declining Appalachian mining town, looking after the old and infirm in the community while selling their excess painkillers to local addicts to help make ends meet. But when his old friend, Terry Rose (Cosmo Jarvis, Lady Macbeth), returns with dangerous plans that threaten the fragile balance Cole has crafted, his world and identity are thrown into disarray.

Cole’s life is further complicated by the sudden homecoming of his estranged mother, Ruby (Lili Taylor, The Conjuring), and his shifting relationships with two local women, Charlotte (Stacy Martin, Vox Lux) and Lacy (Kerry Bishé, “Halt and Catch Fire”). Faced with an impossible set of choices and increasing pressure from all sides, Cole must decide how to take action to save the tight-knit fabric of family, friendship, land and history that binds everything — and everyone — he loves.

Director Braden King (HERE, Sundance 2011 U.S. Competition) imbues warmth and authenticity throughout his depiction of a rural American landscape in transition, and those fighting to survive within it. Writer Elizabeth Palmore’s adaptation of Carter Sickels’ novel mines depth and nuance from its beautiful, damaged characters and finds compassion for even their most desperate choices.