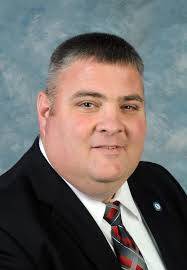 It has been a busy second week of session in the state’s capital city, as I joined lawmakers for a week that began with an opportunity to volunteer in honor of a colleague and included committee meetings and an address by the Governor.

On Monday, I joined more than a hundred of my fellow legislators – democrats and republicans, members of the House and Senate – to stuff more than 2,000 bags for the BackPacks for Kids program. The event was planned by House Majority Floor Leader Bam Carney, who has been hospitalized after suffering acute pancreatitis in late December. While he was unable to attend, I was proud of what we were able to accomplish for #BackPacks4Bam. I was also honored to work with Feeding Kentucky and their local organizations. An estimated one in five Kentucky children do not know where their next meal will come from, a startling number when you consider that we live in one of the wealthiest nations in the world.

On Tuesday, Kentucky Right to Life had a Rally for Life in the Capitol Rotunda. I am so impressed with the organization’s focus on both pregnant mothers and unborn children, illustrated by their “love them both” theme. The event gave us a chance to honor the warriors who fight to protect the unborn, as well as recognize the legislative gains we have made and talk about our future priorities. I am proud to be a member of the most pro-life legislature in the history of Kentucky, but we must remain committed to this cause. Just this week we heard that the administration has invited Planned Parenthood to apply for a license to open a new abortion clinic in Kentucky.

Legislation is beginning to move out of committees and the full House will likely be taking bills next week. In the meantime, we are continuing work on our priority issues – including a measure to make our public assistance programs more effective and efficient and legislation aimed at combatting human trafficking.

I anticipate the public assistance reform bill will be filed as House Bill 1 in the next few days. It is motivated by a desire to help people transition from assistance into the workforce by extending some programs – like health insurance – as they work their way up to financial independence. Kentucky has one of the worst workforce participation rates in the nation. That means that too many of our neighbors who could be working are not. We know there are people who want to get a job, but they risk losing resources they get to support their families. HB 1 looks like it is evolving into an approach that will turn these benefit cliffs into the temporary safety nets that these programs were intended to be in the first place. This could truly be one of the most transformative measures we pass, helping strengthen families, and getting more Kentuckians on their feet and back to work building our economy.

The second priority measure we will see this session addresses human trafficking. Legislators are working with Attorney General Daniel Cameron to craft legislation that will help make victims aware of the resources available to them, build public awareness, and close a loophole in current law. The first version of the bill would require airports and bus stations to post information about human trafficking, including a toll-free hotline for help, in restrooms. This builds on legislation enacted several years ago and is a simple, common sense approach to reaching victims and the public. Among other provisions is language that would add those convicted of trafficking adults for the purpose of commercial sex (including prostitution) to the Sex Offender Registry. Those who take advantage of children in this manner are already added to the registry.

As you can see, we are off to a busy start. If you have any questions or comments about this session, I can be reached during the week from 8:30 a.m. until 4:30 p.m. (EST) through the toll-free message line at 1-800-372-7181. They will ask you to share contact information, but I will get the message and I do indeed appreciate hearing from constituents. You can also contact me via e-mail at chris.fugate@lrc.ky.gov. You can keep track of committee meetings and potential legislation through the Kentucky Legislature Home Page at legislature.ky.gov.