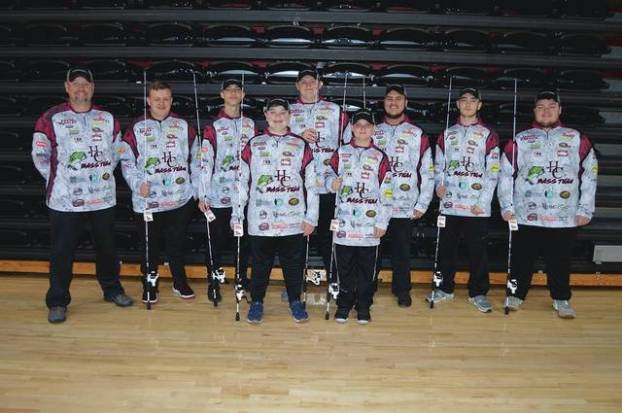 The Harlan County Bass Fishing Team competed in the Region 4 Tournament on April 27 at Cave Run Lake in Salt Lick. There were 92 boats competing in this event and the top 17 high school teams from Region 4 advanced to the state tournament.

Anglers Dalton Blakley and Kobe Burkhart fished their way to a sixth-place finish with a 7-pound, 11-ounce bag, which qualified the duo to compete in the state bass fishing championships on May 10-11 on Kentucky Lake at the Kentucky Dam Marina in Gilbertsville. Anglers Jared Creech and Matt Bush and anglers Dylan Gross and Tanner Jordan weighed bags of 3 pounds and 5 ounces and 1 pound and 5 ounces, respectively, to place 26th and 44th in Region 4.

“This is the first bass fishing team from HCHS, and we are so proud of the hard work and accomplishments from all team members,” said Blakley, the HCHS coach. “Congratulations and good luck to Dalton and Kobe as they represent Harlan County High School and Harlan County.”