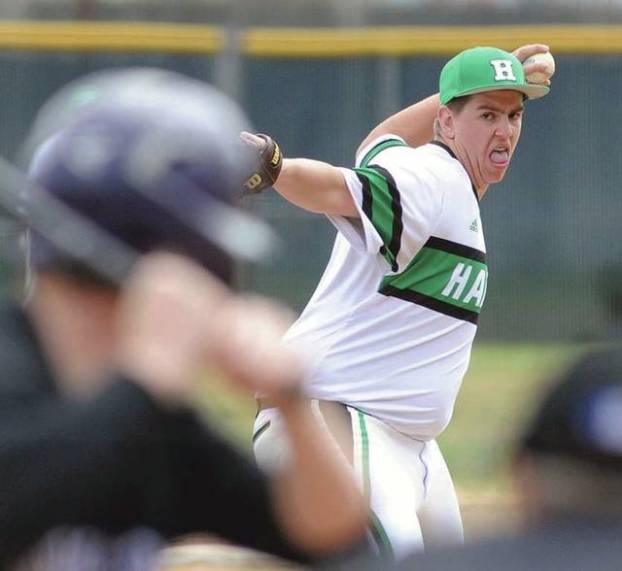 Middlesboro completed a two-game district sweep of Harlan with a 17-2 win Thursday at Middlesboro.

“We came out flat tonight,” said Harlan coach Cory Estep. “Hats off to coach (John) Smith and Middlesboro. They came to play tonight. We had too many fielding errors and just couldn’t seem to ever get going on the sticks. We started flat, and we finished flat. We’re just going to get back to work and fix our mistakes.”

The Jackets took control early with an 11-run first inning, then scored five runs in the second inning and one in the third to end the game due to the 15-run mercy rule

Both teams travel to Whitley County on Monday.

Chris Callihan drove in three runs and Steven Justice limited Harlan to two runs over five innings on the mound as Middlesboro won 8-2 at Harlan on Wednesday.

Justice struck out four and walked two, while allowing six hits, as he earned the win on the mound. Tyler Harris struck out three and allowed one hit in 1 2/3 innings on the mound. Collier Elkins recorded the final out.

Elkins led the Middlesboro offense with a double and single. Justice singled twice. Riley Gent, Hegen Owens and Lane Perry added one double each. Tyshawn Simpson and Callihan had one single each.

Varner and Michael Robinson led the Harlan offense with two singles each. Jeremiah Mills had a double. Evan Browning and Josh Knuckles contributed one single each.

Varner suffered the loss on the mound as he gave up seven runs (three earned) on eight hits, with eight strikeouts and five walks, in six innings. Browning allowed one run in one inning in the mound.

A seven-run third inning was the difference as Clay County pulled away for a 10-3 win over the visiting Dragons on Monday. Five errors led to seven unearned Clay runs.

Will Varner and Kilian Ledford again carried the Harlan offense with two singles each. Michael Robinson added one single.

Evan Browning started on the mound for the Dragons and pitched 1 1/3 shutout innings. Caleb Adkins gave up two runs (one earned) in one inning. Robinson suffered the loss as he allowed seven runs (two earned) in two-thirds of an inning. Varner pitched one shutout inning and Will McCarthy pitched two shutout innings.

Down 5-1 going into the bottom of the seventh inning, the Harlan Lady Dragons rallied with four runs to force... read more