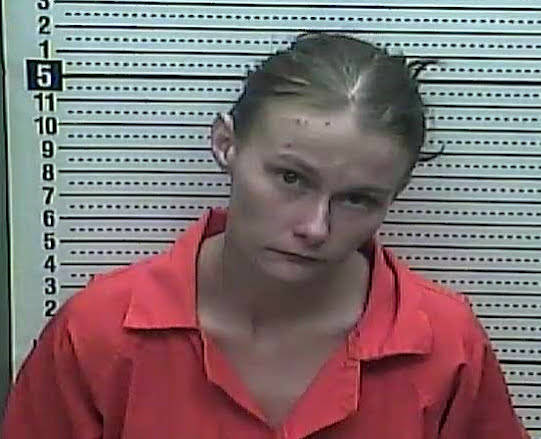 A Dayhoit woman was ordered to begin serving a sentence of 12 months in jail after her probation was revoked recently in Harlan Circuit Court.

According to the probation revocation order, Ray entered a plea of guilty on March 21, 2013, to second-degree promoting contraband, DUI and third-degree possession of a controlled substance. She was sentenced to a total of 12 months in the county jail. She was granted probation on the sentence.

Ray was sentenced on charges stemming from her arrest on March 7, 2012, by Harlan County Sheriff’s Deputy Chris Brewer.

The grand jury handed down a three-count indictment on Dec. 3, 2012.

According to the indictment, Ray introduced hydrocodone into the Harlan County Detention Center on March 7, 2012. She was also indicted for operating a motor vehicle under the influence of alcohol or drugs and being in possession of hydrocodone.

Brewer presented evidence to the grand jury resulting in the indictment.

Hendrickson found Ray’s failure to comply with the conditions of supervision a significant risk to the community and that she could not be appropriately managed in the community.

Hendrickson ordered Ray’s probation revoked. She was remanded into custody to begin serving her sentence.

A Keavy woman was ordered to begin a prison sentence of 10 years after her probation was revoked recently in... read more