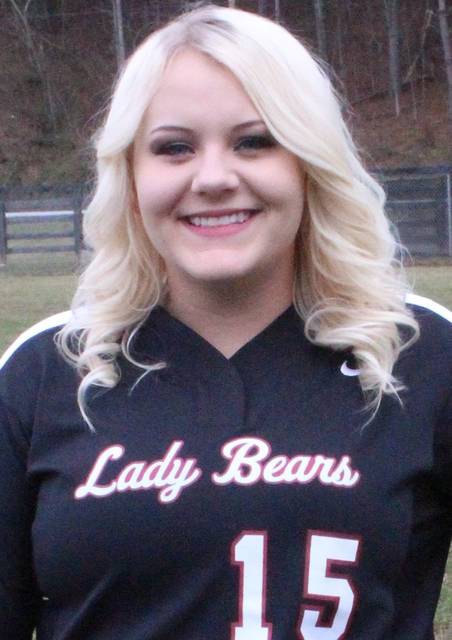 While they wait for their field to dry, the Harlan County Lady Bears will spend the opening week of the season on the road. The travel hasn’t hurt the HCHS offense as the Lady Bears pounded out 25 hits and scored 21 runs in wins over Knox Central and Letcher Central to open the regular season

The Lady Bears used a nine-run third inning to overpower Letcher Central 13-7 on Monday. Harlan County led 13-3 midway through the sixth inning before Letcher scored four runs in the bottom of that inning.

Long had a double and singles and drove in two runs and Creech added two singles and two RBI in an 8-3 win Friday at Knox Central. Jenkins, Russell, Johnson, Adams and T.C. Somersall had one single each.

Jenkins pitched a three-hitter with eight strikeouts and one walk to earn the win.

Hallie Gambell, Abbie Abner and J.J. Brown had one hit each for Knox Central.

Harlan County will play Tuesday at Bell County in its district opener. The game was moved from HCHS to Bell due to field conditions.

Well, sporting fans, as I sit here on Sunday night recovering from a heart cath that took my right wrist... read more