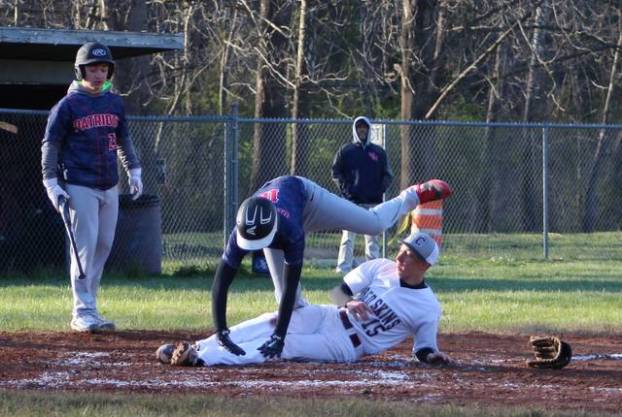 Redskins improve to 3-0 with victory over Patriots

Cumberland improved to 3-0 in middle school baseball action with an 8-4 win Thursday over visiting New Harlan.

Nathan Shepherd struck out nine and walked one while scattering seven hits to earn the win on the mound.

Shepherd also led Cumberland at the plate with a double and single. Jaedyn Gist and Brayden Blakley added singles.

Samuel Henson earned the win on the mound and led the New Harlan offense with three hits as the Patriots defeated visiting Jenkins 10-6 on Friday in middle school baseball action.

Henson struck out four and walked five in three hitless innings as he allowed one unearned run. Cullen Whitaker gave up five runs on two hits in 1 2/3 innings. Tristan Cooper recorded the final four outs with one strikeout and one walk to earn the save.

Henson had three singles to lead the New Harlan offense. Whitaker had a triple and double. Cooper and Isaac Kelly contributed one single each.

Will they stay or will they go?

ATLANTA (KT) — It’s too early to speculate on who will be returning next season, but it will be business... read more