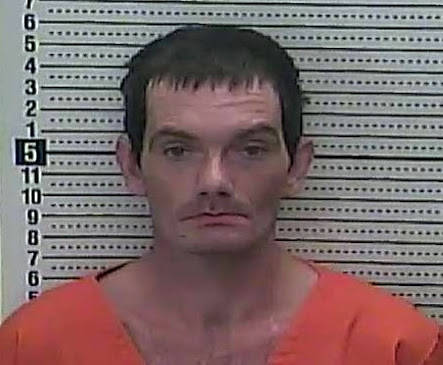 An Ages man was ordered to begin serving a sentence of six years after his probation was revoked recently in Harlan Circuit Court.

According to the order revoking probation, Lewis was sentenced after entering a plea of guilty on July 21, 2016, to second-degree burglary and theft by unlawful taking under $10,000.

According to the final judgment order, Lewis was sentenced to a total of six years in prison on Sept. 15, 2016. He was granted probation on the sentence for a period of five years with the first two years to be supervised by the Office of Probation and Parole.

Lewis was sentenced on an indictment stemming from his April, 2014 arrest. The indictment was handed down by the grand jury on June 16, 2014.

The indictment states Lewis unlawfully entered the residence of a Harlan man on April 23, 2014, and took various items valued at more than $500.

The probation revocation order states Probation and Parole Officer Lucas Wynn reported Lewis violated the terms and conditions of his parole. Lewis tested positive for methamphetamine, marijuana and Suboxone. He also failed to attend substance abuse treatment and failed to report a change of home address. Lewis was arrested for absconding on Sept. 19, 2017. He additionally failed to report a contact with law enforcement within 72 hours, left the area of supervision without permission and failed to pay fines, court costs and supervision fees.

Hendrickson found Lewis’ failure to comply with the conditions of supervision a significant risk and that Lewis cannot be appropriately managed in the community, according to the probation revocation order.

Lewis’ probation was revoked and he was remanded into custody to begin serving his sentence.