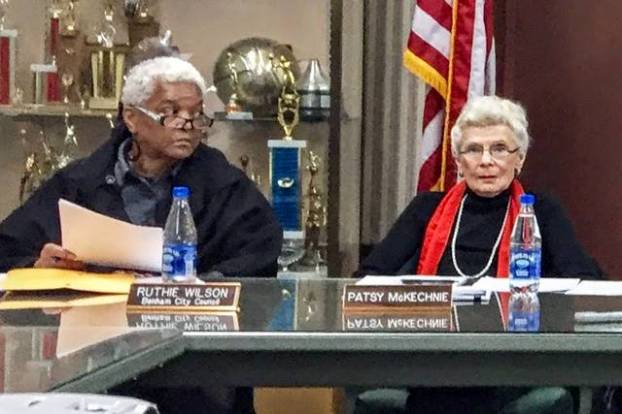 The Benham City Council dealt with a variety of city business during a meeting on Thursday, including an upcoming bond payment and a proposed mural for the city.

City Clerk Jessica Smith brought the panel up to speed on a few items during her report to council.

Smith said the payment is due in April.

“The IRS (payment) is going to be due, and… the worker’s compensation (payment) will be due,” Smith said. “That down payment will probably be around $6,000.”

Smith also updated the council about a possible mural project which had been discussed in a previous meeting.

“There will be another community meeting regarding the mural project on March 15 from 6 p.m. until 8 p.m. at the Benham Inn,” Smith said.

Mayor Wanda Humphrey explained the group is looking for a location for a mural in Benham.

“They’re looking for a building that’s not on the historic building list that they can put a mural on,” Humphrey said. “It won’t cost the city a penny.”

Smith also informed the council of a recent visitor.

“There was a gentleman here the other day,” Smith said. “He came down to look at the drain that’s coming off of Spruce Street that flooded a house.”

Smith told the council the drain was cleaned out, but that would not permanently fix the issue.

“I don’t know exactly how you’re going to fix it,” Smith said. “They’ll put a grate in there, then somebody steals the grate.”

In other council activity, the council voted to join a civil lawsuit seeking monetary damages from certain pharmaceutical companies due to the opioid situation.

The Benham City Council decided against a proposed ordinance to levy a tax on insurance premiums during a recent meeting.... read more