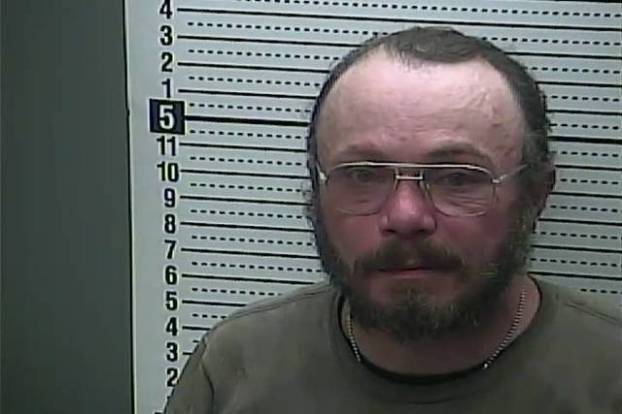 At approximately 9:10 a.m. on Tuesday, the Harlan County Detention Center Staff reported that inmate Bobby Lewis was seen walking away from the State Highway Garage in Dayhoit.

The Inmate Work Release Crew that Lewis was a part of was stationed at the State Highway Garage in the Dayhoit section of Harlan. The inmate workers and their deputy supervisors were awaiting their daily work detail as directed by the state as the state workers finished salting the roads and returned to the state garage.

The jail administration was notified at approximately 9:12 a.m. as jail staff began to search the area from the state garage to U.S. 119 for Lewis. Local law enforcement and dispatch were all notified of the situation.

Lewis is a Caucasian male, standing at 5 feet 7 inches and weighing 152 pounds. He has brown hair, facial hair, and wears eye glasses most of the time.

Lewis is a local from Martin Street in Harlan, across the street from Cash Saver and the United Methodist Opportunity store. He was last seen in orange pants, orange shirt over white thermals, and an orange jacket. HCDC is printed on the back of the jacket.

Lewis had been participating in the Inmate Work release Program since Nov. 27.

If you have any information on the whereabouts of the escaped inmate, please contact your local law enforcement agency.

Abby Sherman was one of the youngest participants in the Harlan County Spelling Bee for the fourth- through eighth- grade... read more