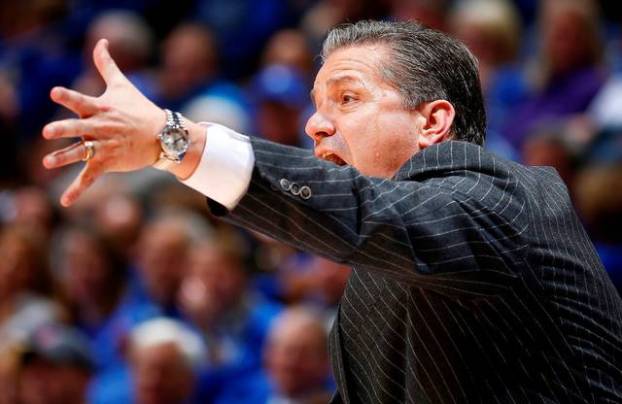 Kentucky coach John Calipari and the Wildcats will open the season against Duke in the State Farm Champions Classic next season in Indianapolis.

UK to open next season against Duke

LEXINGTON (KT) — Kentucky will tip off its against Duke next season in the State Farm Champions Classic.

The two tradition-rich programs will play each other in a doubleheader at Bankers Life Fieldhouse in Indianapolis on Nov. 6. Kansas and Michigan State also will compete in the prestigious event.

“The Champions Classic has been the gold standard for college basketball’s regular-season events for the last seven years, but I love what we’re doing to use it to tip off the basketball season,” Kentucky coach John Calipari said. “What better thing for our sport than to begin the year with four of the most successful programs in college basketball. Now, it might not be the best thing for my team, but the good news is we’ll all be learning about our teams at the same time while taking this thing to the next level. I know our fans will turn Indianapolis blue next fall.”

The event typically has been played during the second week of the regular-season but will usher in the 2018-19 campaign in November. Kentucky and Duke have played twice in the series, with each team winning once. The Blue Devils defeated the Wildcats 75-68 in 2012 in Atlanta, while Kentucky dealt Duke a 74-63 setback three years later at the United Center in Chicago. Kentucky leads the all-time series between the two programs, 12-9.

“We feel that there is a natural connection to the start of the season and to the State Farm Champions Classic,” Clint Overby, vice president of ESPN Events, said in a release. “These four schools have come together to help build an exciting stage to launch the college basketball season.”

Jackets, Cats to meet in All ‘A’ finals

MIDDLESBORO — Williamsburg took over in the fourth quarter to earn a spot in Thursday’s 13th Region All “A” Classic... read more