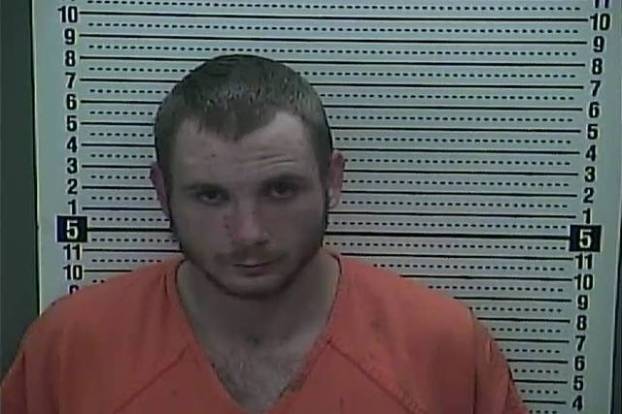 A Baxter man is facing multiple charges including possession of methamphetamine and theft of a firearm after allegedly being found in possession of the items by police.

According to the citation, Lunsford received a complaint concerning a pair of men walking on railroad tracks and acting suspiciously. Lunsford and Evarts Assistant Police Chief Owen Noe approached the two men. Lunsford immediately recognized Middleton. Lunsford was aware Middleton had active bench warrants out on him in both Harlan Circuit Court and Harlan District Court. Lunsford placed Middleton under arrest for the bench warrants. After Middleton was placed under arrest, Lunsford stated he discovered a pill bottle wrapped in black tape in Middleton’s possession. The pill bottle contained a crystal substance and a piece of a small orange colored pill. Middleton told police the substances were methamphetamine and Suboxone. A .45 caliber Ruger revolver was allegedly found inside a bag in Middleton’s possession. The handgun was later verified as having been stolen from a Loyall residence. Middleton was also in possession of three pocket knives and a box of razor blades. Lunsford reported that a pipe suspected of being used for methamphetamine was sitting on the railroad tracks close to where Middleton was sitting.

Middleton was lodged in the Harlan County Detention Center.

Local physician Dr. Abdulkader Dahhan has made it possible for the Harlan County School District to be better prepared for... read more