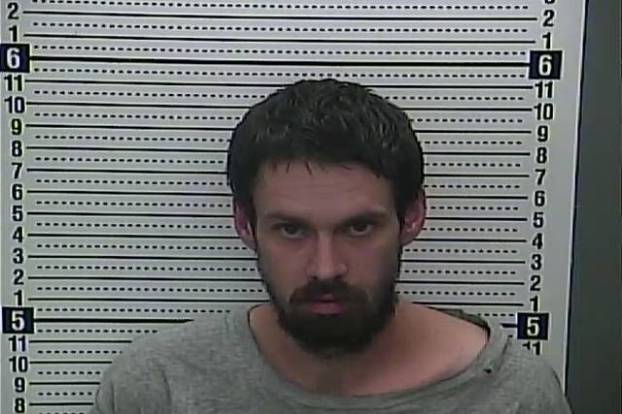 A Harlan man is facing a kidnapping charge after allegedly holding a woman hostage with a machete.

According to the citation, Torstrick was flagged down by a young girl who stated Cox was inside a Hill Court Lane residence and was holding her mother hostage with a machete. While approaching the residence, Torstrick observed the mother exit the residence quickly. Torstrick and Evarts City Police Officer Joseph Jones apprehended Cox. The woman stated Cox threatened to cut her with the machete and would not allow her to leave the residence. The woman said she was in fear for her life.

Cox was charged with kidnapping, violation of a Kentucky EPO/DVO and menacing. He was lodged in the Harlan County Detention Center.

According to the citation, KSP Post 10 received a call stating shots were being fired on Nola Street in the Cawood area. Spurlock located Brown near Nola Street. Spurlock made contact with Brown and asked if he had any weapons. Brown stated he did not, and denied shooting. Spurlock then asked Brown if he was in possession of anything illegal, and requested Brown empty his pockets. Brown pulled a shotgun shell and a small white container with a red lid out of his pockets. Inside the container Spurlock located a small, clear plastic baggie containing suspected methamphetamine.

Brown was charged with first-degree possession of a controlled substance (methamphetamine) and possession of drug paraphernalia. He was lodged in the Harlan County Detention Center;

According to the arrest warrant obtained by Harlan City Police Officer Derrick Noe, Foley allegedly became aggressive with his child’s mother in the Walmart parking lot on Dec. 16. Foley allegedly pulled the woman and their seven-month-old child out of the vehicle, forcibly taking her keys and putting the child in danger. He shoved the child’s mother against the car causing her to strike her head on the vehicle. Foley also allegedly punched another woman in the face repeatedly when she attempted to stop Foley. Foley fled the scene.

Foley was charged with second-degree robbery, fourth-degree assault (two counts) and second-degree wanton endangerment. He was lodged in the Harlan County Detention Center;

According to the citation, Fitch had two needles in her purse. One of the syringes contained a substance. Fitch told police the substance was methamphetamine.

Fitch was charged with first-degree possession of a controlled substance and possession of drug paraphernalia. She was lodged in the Harlan County Detention Center.

A man and woman are facing drug charges after allegedly being found in possession of methamphetamine during a traffic stop.... read more