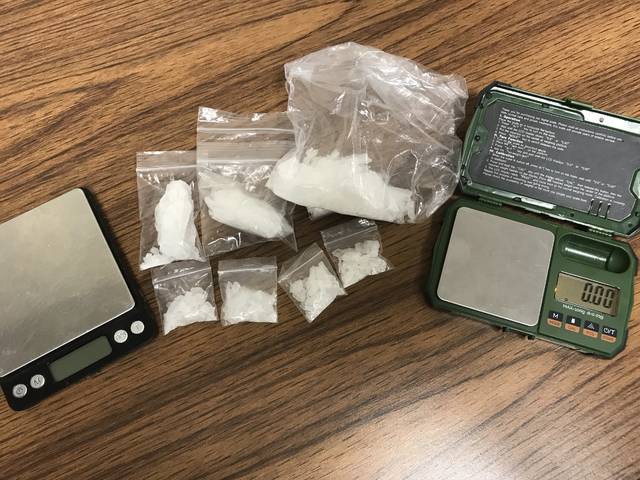 Police confiscated suspected methamphetamine and digital scales while assisting the Office of Probation and Parole on Monday.

A Rosspoint man is facing multiple charges, including trafficking methamphetamine, after allegedly having the drug in his residence while on house arrest.

Edward Bledsoe Jr., 47, was arrested on Monday by the Harlan County Sheriff’s Office.

Bledsoe was lodged in the Harlan County Detention Center.

In other police activity, Andrew T. Patrick, 21, of Wallins, was arrested by Harlan County Sheriff’s Deputy Mark Saylor on Monday.

According to a press release, a traffic stop was conducted in the Harlan area on Monday by Saylor. Through further investigation, six plastic bags of what is believed to be marijuana, four Xanax pills and a small amount of suspected cocaine was located.

Patrick was lodged in the Harlan County Detention Center.