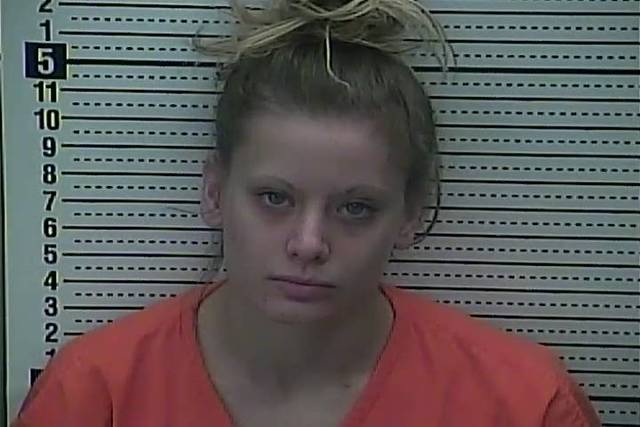 An Evarts woman has been indicted on charges of complicity to trafficking and fleeing police after allegedly running from officers and possessing methamphetamine.

The three-count indictment, handed down by the grand jury on Nov. 22, stems from Johnson’s August arrest.

According to the arrest warrant obtained by Harlan County Sheriff’s Deputy Dakota Torstrick, Johnson was a passenger in a vehicle driven by another on Aug. 1. The driver failed to stop the vehicle and began to flee in a reckless manner. Once the driver stopped the vehicle, Johnson allegedly exited and ran from police on foot to avoid being arrested. Police located methamphetamine and drug paraphernalia inside the vehicle.

The indictment states Johnson intended to promote or facilitate trafficking a controlled substance on Aug. 1. The indictment further states she ran from police while knowingly disobeying an order from Torstrick to stop.

Torstrick presented evidence to the grand jury, resulting in the indictment.

Johnson was indicted for complicity to trafficking a controlled substance, second-degree fleeing or evading police and complicity to possession of drug paraphernalia. She was lodged in the Harlan County Detention Center on a $500 full cash bond.

In other police activity, Cody Shepherd, 23, of Grays Knob, was arrested on an indictment warrant by Kentucky State Police Trooper Kenny Sergent. Shepherd was indicted for receiving stolen property (firearm) and third-degree criminal trespassing. He was lodged in the Harlan County Detention Center on a $250 full cash bond.