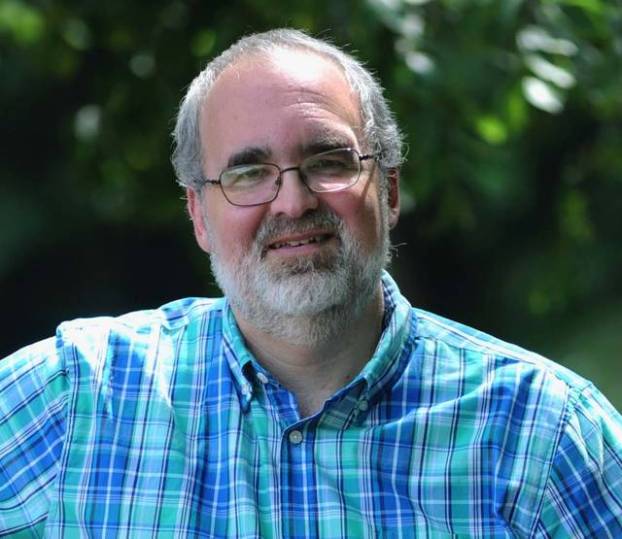 Carlton Hughes, professor of communication at Southeast Kentucky Community and Technical College (SKCTC), helps students find their voice in the classroom. Outside the classroom, he has found his own — as a freelance writer with several new releases.

To date, Hughes has written a total of 25 devotional essays for Worthy Publishing of Nashville. One of the first piece — interestingly enough — was about his dog. After his initial submission, he was asked to write five more for the book “So God Made a Dog.” Subsequently he was asked to do 10 devotions for another book, “Just Breathe.“

Just Breathe: A 365-Day Devotional Journal was released in late July, while “So God Made a Dog” released in early August. Hughes’s work also appears in “The Wonders of Nature,” which is available in hardcover at Books-A-Million and Cracker Barrel restaurants. It was released in paperback under a new title, “Let the Earth Rejoice,” and is available at all outlets.

Just recently, Hughes was asked by Worthy to contribute 10 pieces to a new anthology, “Everyday Grace for Men,” which will be released in 2018 under the company’s Ellie Claire imprint.

He will also contribute an essay to “Prayer Warrior Confessions,” an anthology due out in Summer 2018 from Pix-N-Pens publishing, an imprint of Write Integrity Press. This essay is a look at humorous prayer requests from his work in children’s ministry.

“It is exciting to have so many projects releasing in such a short time,” says Hughes. “The editors at Worthy have been so accommodating and great to work with.”

Hughes recently signed with literary agent Cyle Young of the Hartline Literary Agency. He and Young are developing projects to pitch to various publishing companies.

“Cyle and I met at the Blue Ridge Conference and were friends for years. He is familiar with my work and my style and is my ‘champion’ in the industry.”

In addition, Hughes writes for two blogs, almostanauthor.com, developed by Young, and inspiredprompt.com, and he writes textbook material. One of the courses he teaches at SKCTC is COM 252: Introduction to Interpersonal Communication, and he was the ancillary writer for the current edition of the textbook, Inter-Act. He worked on the teacher’s manual, writing chapter summaries, activities, and outlines.

Hughes says, “The textbook work was challenging, but it is rewarding to be able to use my work in my SKCTC classes.”

The Harlan City Council heard an update on a proposed project at the Boys and Girls Club during a meeting... read more