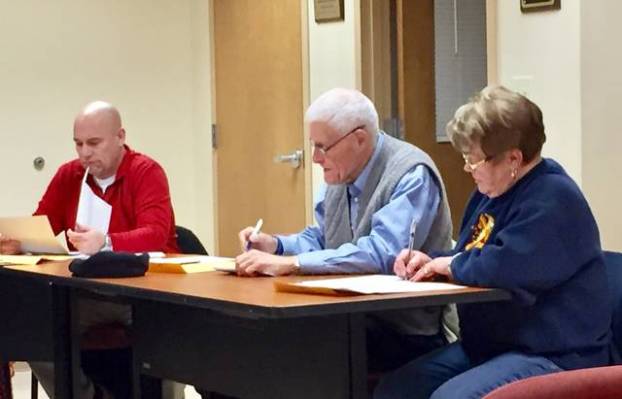 The Harlan City Council heard an update on a proposed project at the Boys and Girls Club during a meeting on Monday.

Mayor Danny Howard told the council he has been working on getting the project started.

“I met with some gentlemen today, and I met with the water works this afternoon, and we’re looking at a way to get started on our gym over at the Boys and Girls Club,” Howard said. “I think that will be a very nice addition for our city and for our area.”

According to Howard, a pair of local businessmen are committed to the project.

“We are very committed to this,” Howard said. “We might have to raise a little more money, but we can do that to make this addition for our city. I think it’s good for our kids and good for our community.”

“On the issue of Huff Park, I have informed the president of the Little League that due to past issues that have gone on – we are losing a lot of kids that were participating – I advised them they are going to have to pay their own electric bill. We can no longer afford to pay it.”

Howard said he planned to set up a committee, which will include council members.

“That committee will include an attorney, myself, Gayle Murray and Eric Perry,” Howard said.

Howard pointed out the committee will look into issues with the league’s use of the park and report back to council.

“I feel very strongly about this,” Howard said. “It’s gotten pretty expensive, and a lot of kids are not taking advantage of it because of that expense.”

Howard said he hopes to come to an agreement with the league.

“I’m not against Little League,” Howard said. “All my kids have gone through Little League. It’s been a nice part of their lives, and I want it to be an important part of life for all the kids. But at the same time, it’s our responsibility to see that we provide a place for kids to exercise, that we provide a place for kids to be safe and if that cannot and does not happen, then I’m prepared to make the recommendation to cancel their lease.”

One beloved Bell County resident got the chance to accomplish a lifelong goal as she graciously represented the area on... read more