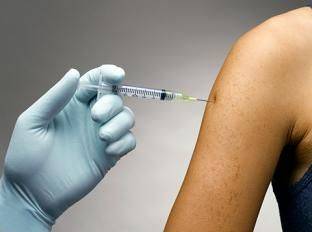 In addition to immunizations already required for schoolchildren to attend public schools, state law will require Hepatitis A shots for all students and a meningitis booster for those 16 and older, beginning with the 2018-19 academic year.

While that sounds like plenty of time, that’s not necessarily the case for the Hepatitis A vaccine, which comes in a two-part series. The shots must be given six months apart.

“Parents and guardians are strongly encouraged to begin now in scheduling immunizations for their children to avoid potential shortages that may result from the large number of children who will require these shots,” officials with Owensboro Public Schools and Daviess County Public Schools said in a joint press release.

Also, some parts of Kentucky have experienced an outbreak of acute Hepatitis A, which is a highly contagious liver infection caused by ingesting food or drink contaminated by the stool of an infected person. By Nov. 21, the Kentucky Department of Public Health had reported 31 cases this year, which is a 50 percent increase above the average of 20 cases per year over the past 10 years.

No Hepatitis A has been reported in Daviess, Ohio, McLean, Muhlenberg or Hancock counties. The closest cases are in Hopkins and Christian counties, according to state officials.

Kentucky’s new immunization guidelines were adopted before the recent Hepatitis A outbreak.

However, an increase in cases could create even more demand for that vaccine, said Gay Lynn Lile, OPS district nurse.

The Centers for Disease Control and Prevention has recommended the Hepatitis A and meningitis vaccines for schoolchildren for some time, she said.

To complete the Hepatitis A two-shot series by the time school starts, students should have their first shot by Feb. 1, Lile said.

School districts want all students to complete the Hepatitis A series before starting school, but will accept students who have had their first shot only — on a conditional basis, said Wendi Kozel, DCPS district nurse. After the first shot’s six-month waiting period ends, students will have a two-week window to get the second Hepatitis A shot before their immunization certificate becomes invalid.

More information is posted on DCPS and OPS websites, including new shots required in 2018, all shots required and the ages and grades at which they must be given, and a list of suggested providers.