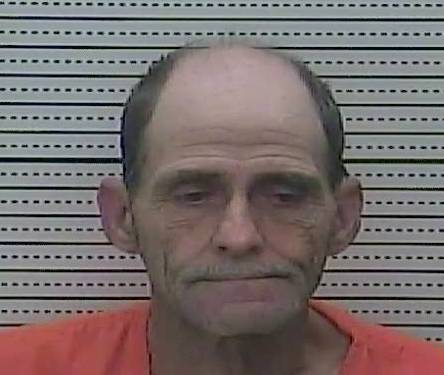 A Harlan man is facing multiple charges including methamphetamine possession after police allegedly found him in possession of the drug during a traffic stop.

According to the citation, Spurlock observed Anderson cross the center line on KY 987 several times and performed a traffic stop. While approaching the vehicle, Spurlock noticed Anderson appeared to be attempting to hide something between the driver’s seat and center console. Anderson allegedly appeared unreasonably nervous, and his eyes were red and glassy. Anderson did not perform satisfactorily during a field sobriety test. A search of the vehicle located a camouflage glove in the area Anderson had appeared to be hiding something. Inside the glove was a plastic bag containing suspected marijuana, a small glass pipe, a syringe and several small plastic baggies containing suspected methamphetamine.

Anderson was charged with operating a vehicle under the influence of alcohol or drugs, possession of marijuana, first-degree possession of a controlled substance, possession of drug paraphernalia, failure to or improper signal, failure to wear a seat belt, no registration receipt and failure to produce insurance card.

Anderson was lodged in the Harlan County Detention Center on a $1,500 full cash bond.

• Emily Walker, 42, of Harlan, was arrested on Friday by Harlan County Sheriff’s Deputy Mark Saylor. She was charged with possession of drug paraphernalia, first-degree possession of a controlled substance (methamphetamine), operating on a suspended or revoked operator’s license, improper registration plate, no registration receipt, failure of non-owner operator to maintain required insurance, failure to produce insurance card and second-degree possession of a controlled substance. She was lodged in the Harlan County Detention Center on a $1,500 full cash bond;

• Kimberly Renee Holbrook 18, of Harlan, was arrested on Saturday by Harlan City Police Sgt. Jeff Owens. She was charged with first-degree possession of a controlled substance (methamphetamine) and lodged in the Harlan County Detention Center on a $1,500 full cash bond.

The Harlan Tourism and Convention Commission approved a plan to put maps showing areas of interest for tourists in local... read more