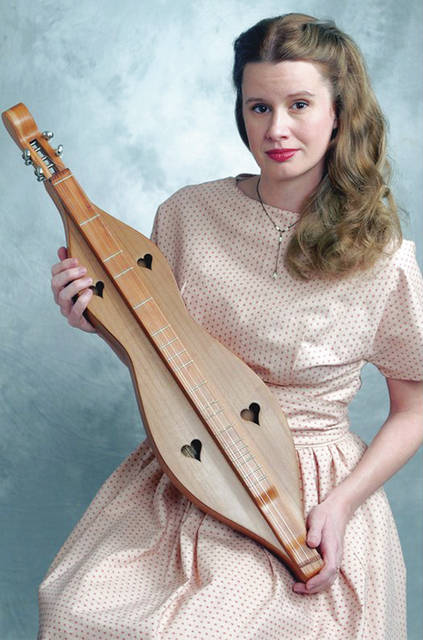 Kentucky Chautauqua will present “Jean Ritchie: Damsel with a Dulcimer” at 2 p.m. on Nov. 4 at the Evarts Public Library.

She began her recording career in 1952, signing with Elektra Records. Throughout her career she recorded more than 35 albums, which strongly reflected her Kentucky heritage and featured her playing the mountain dulcimer.

Known as the “Mother of Folk,” Ritchie was a major contributor to the national revival of folk music across American during the mid to second half of the 20th century. Artists including Johnny Cash, Emmylou Harris, Linda Ronstadt and Dolly Parton have covered her songs.

Ritchie was also an outspoken environmental activist. Her song, “Black Waters” is a well known protest song that Ritchie wrote about strip mining in Kentucky.

Ritchie is portrayed by actress Rachel Lee Rogers, of Versailles. Trained at Northern Kentucky University, Rutgers and the London Academy of Music Dramatic Arts, Rogers currently serves as the arts facilitator at the School for the Creative Performing Arts at Bluegrass (SCAPA) and a local educator.

She has been a part of many international, national productions including performances with the Bluegrass Opera, Woodford Theatre, Actors Guild of Lexington, Lexington Shakespeare Festival, Studio Players and the Lexington Public Library.

Kentucky Humanities is a non-profit Kentucky corporation affiliated with the National Endowment for the Humanities.

2 dead as result of wreck