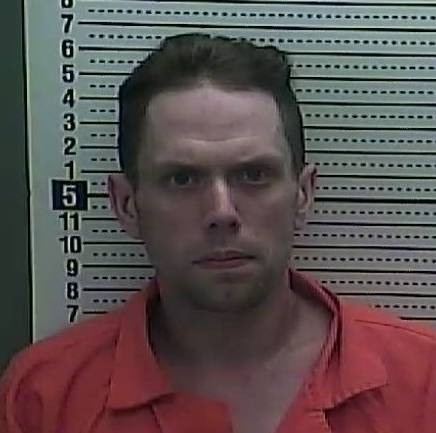 A Baxter man is facing multiple charges including trafficking methamphetamine following his arrest on Tuesday.

According to the citation, police responded to a complaint of drug activity in the vicinity of the flood wall on KY 840. Lunsford observed Albro, who had two active warrants, getting into a Chevrolet Trailblazer. Police pulled in and blocked the vehicle. Albro exited the vehicle and police conducted a search, locating a tin can stuck in the front of Albro’s pants containing a green plant material believed to be marijuana. Police also located nine small baggies containing a crystal substance believed to be methamphetamine. Albro also had a Crown Royal bag hidden in his pants with a pill fob inside containing multiple pills. A hand-rolled cigarette and a pack of rolling papers were found in the back seat of the vehicle as well as a sandwich bag containing green plant material.

According to Lunsford, the driver of the vehicle was Sharon Morrison, 55, of Baxter. She was charged with operating a motor vehicle under the influence of alcohol or drugs, failure of owner to maintain required insurance, failure to produce insurance card, no registration plates and no registration receipt. She was lodged in the Harlan County Detention Center.

Albro was lodged in the Harlan County Detention Center.