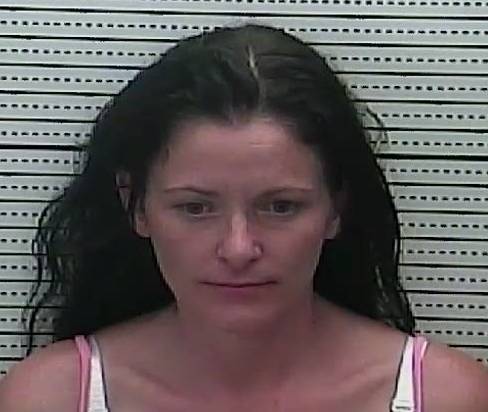 Kentucky State Police arrested a woman on drug charges after she allegedly fired shots into the ground outside her boyfriend’s residence.

According to the citation, police responded to a report of shots being fired at Point Lane. When police arrived, Rhymer was located outside her boyfriend’s residence. She stated she was talking to a woman on Facebook Messenger. While speaking with the woman about her boyfriend’s car, Rhymer fired a shot into the ground with a handgun in an attempt to scare the woman. Wagner located a small white container with two plastic baggies inside. One of the baggies contained a crystal substance and the other contained a white powder. A glass pipe used for smoking methamphetamine was also located.

Rhymer was charged with first-degree possession of a controlled substance (methamphetamine), second-degree disorderly conduct and possession of drug paraphernalia. She was lodged in the Harlan County Detention Center.

• Gary A. Dean, 32, of Baxter, was arrested on Monday by Harlan City Police Officer George Young.

According to the citation, Dean broke a rear window at a Rain Street residence and entered without permission.

Dean was charged with second-degree burglary, alcohol intoxication in a public place and third-degree criminal mischief. He was lodged in the Harlan County Detention Center;

• Abelardo Alavez, 31, of Harlan, was arrested on Monday by Harlan County Sheriff’s Deputy Dakota Torstrick. He was charged with first-degree criminal possession of a forged instrument, no operator’s/moped license, operating a motor vehicle under the influence of alcohol or drugs, prescription controlled substance not in proper container, license to be in possession, failure to illuminate head lamps, careless driving, possession of open alcoholic beverage container in motor vehicle and possession of drug paraphernalia.

Alavez was lodged in the Harlan County Detention Center.