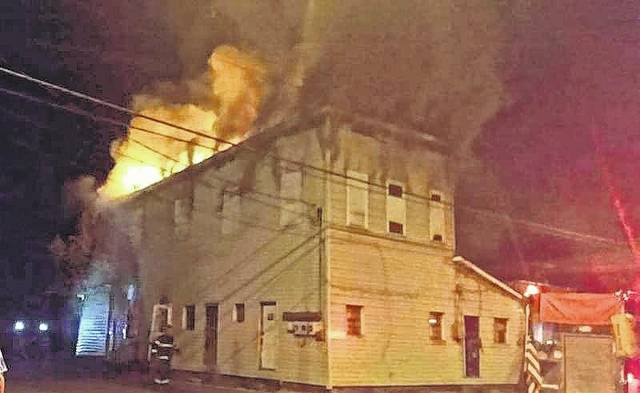 Fire severely damaged two structures on Main Street in Cumberland on Friday. One building formerly housed Joe’s Barber Shop and the other is known as the Kelemen building.

A pair of buildings were severely damaged by fire on Main Street in Cumberland on Friday evening.

One building formerly housed Joe’s Barber Shop and the other is known as the Kelemen building. Both structures were severely damaged according to Harlan County Emergency Management Director David McGill.

According to Bush, the two buildings damaged on Friday were two separate fires and not the result of fire spreading from one building to the other.

According to Bush, the state Fire Marshall’s Office has been notified.

Bush said the structures were in bad shape already and are probably a total loss.

“The building’s were majorly damaged before the fires,” Bush said. “They were condemned buildings to start with.”

No injuries were reported due to any of the incidents.