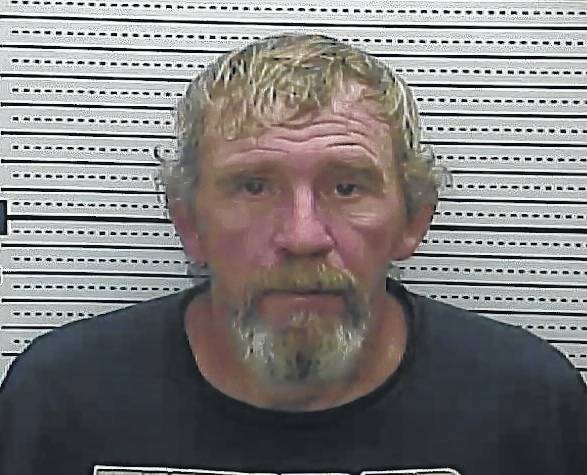 A man wanted on sexual abuse charges in Tennessee was arrested in Harlan on Wednesday.

According to a press release, Wagner and Trooper Brandon Burton from KSP Post 10 received information at approximately 6 p.m. that a wanted person from Tennessee was at a local business on KY 38 in Harlan County. Troopers responded and located Brock. Brock was wanted in Tennessee for three counts of continuous sexual abuse of a child.

He was taken into custody on a fugitive from another state warrant and lodged in the Harlan County Detention Center.

According to a press release, Torstrick was on patrol in the Coldiron area and attempted to stop a vehicle for a seat belt violation. Upon activating his emergency equipment, the driver of the vehicle attempted to flee in a reckless manner. After a short pursuit, the vehicle was stopped on U.S. 119. The driver, Hollin, was placed under arrest. Through further investigation, it appeared the vehicle ignition had been altered to start without a key. The vehicle had not been reported stolen, but further investigation discovered the vehicle was stolen from a car lot in Knox County.

The case remains under investigation by Torstrick.

• Brittany Elaine Ward, 29, of Gulston, was arrested on Tuesday by Burton.

According to the citation, Burton received a notice of a stolen vehicle when he checked the registration through NCIC. He initiated a traffic stop and the vehicle turned on to Martin Street off of U.S. 421. The driver then came to an abrupt stop and fled on foot. Ward, who was a passenger in the vehicle, also attempted to flee on foot. Burton apprehended Ward, but was unable to locate the driver. Ward would not disclose the identity of the driver.

Ward was charged with receiving stolen property under $10,000 and lodged in the Harlan County Detention Center;

• Pamela Victoria Johnson, 26, of Baxter, was served with an arrest warrant by Harlan County Detention Center Officer Chastan D. Bennett on Wednesday. Johnson was charged with second-degree fleeing or evading police, first-degree trafficking a controlled substance and possession of drug paraphernalia. She we lodged in the Harlan County Detention Center on a $2,500 full cash bond;

• Byrd Lee Smith, 34, of Cawood, was arrested by Wagner on Wednesday. Smith was charged with first-degree possession of a controlled substance (methamphetamine) and illegal possession of a legend drug. He was lodged in the Harlan County Detention Center.