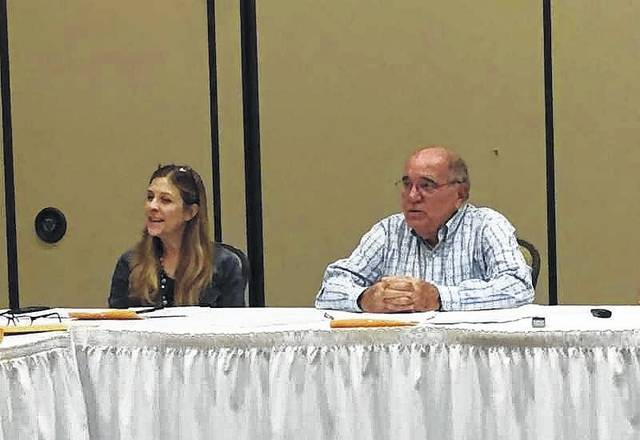 The Harlan City Council congratulated the city’s sewer department during a meeting on Monday after hearing they had been nominated for an award from the Kentucky Rural Water Association.

Mayor Danny Howard called on Wastewater Management Supervisor Cecil Lockaby to give his regular report. Lockaby advised the council the department had been nominated for the KRWA “Wooden Bucket Award.”

According to the Kentucky Rural Water Association’s website, The Wooden Bucket Award is presented to a water and/or wastewater utility that has made substantial and lasting improvements in providing high levels of customer service and high quality drinking water and wastewater services in its community, including having shown exceptional efforts in meeting the needs of their communities, enhancing their operations, and complying with regulatory requirements.

“On Aug. 28, we were one of 10 nominated by Kentucky Rural Water Association for the Wooden Bucket award,” Lockaby said. “That’s an award for customer service, treatment and expansion.”

Howard pointed out it is an honor to be nominated.

The KRWA website at http://www.krwa.org/news/christian-county-water-district-receives-krwas-highest-award/ states 10 water and wastewater utilities are announced each year as Wooden Bucket finalists and honored for their outstanding service during the past year. All honorees are presented with plaques of recognition. The Kentucky Rural Water Association is a statewide, non-profit association that provides training, on-site technical assistance, advocacy, and other services to all utilities in Kentucky.