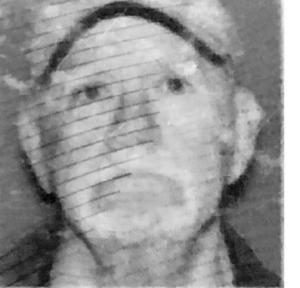 Wheeler “Noonie” Cupp Jr., 73, passed away Friday, December 23, 2022, at his home in Loyall, Kentucky. He was born on May 19, 1949, in Louellen in Harlan County, KY to the late Wheeler and Magdline Cupp. He lost his brother James and wife Terry in the 1990’s. Known by all as Noonie, he leaves no immediate survivors but does leave an abundance of friends.

He graduated from Harlan Independent in 1968 and attended Southeast Community College and later the University of Kentucky. He obtained a barber’s license after completing school at Lexington Barber College in 1976. He married Terry and they operated a very successful Barber/Beauty Shop on South Main Street in Harlan for several years. He later secured a position as Pre-Trial Release Officer in the local Judicial system. He retired from that position around 2002 but maintained his relationship with the people in the system.

He had many hobbies and was good at all of them. He likes to pick the guitar, play chess, do card tricks, and most of all tell a good joke. He enjoyed golf and also being with friends. Noonie was kind to animals and people and had a big loving heart.

Visitation will be from 1:30-2PM on Thursday December 29, 2022, in the Chapel of the Henson & Rich Funeral Home with a Celebration of Life beginning at 2PM. Burial will follow at Resthaven Cemetery with Joe Meadors, Jim Willhoit, Ronnie Russell, Danny Johnson, Clyde Fee, Mike Forester, Doug Willie Johnson, and Johnny Faulkner serving as pallbearers.