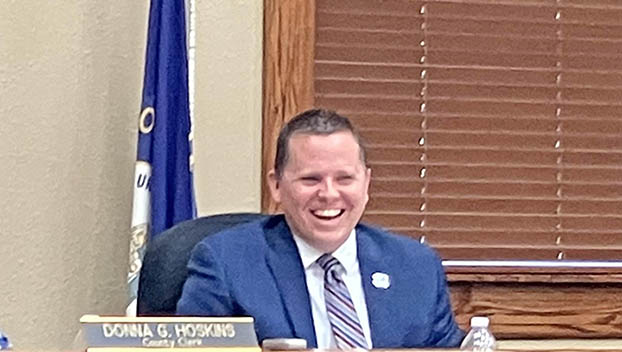 During the regular meeting for October, the Harlan County Fiscal Court accepted a bid from an Ohio company for a Mack truck the court had put up for bid.

Harlan County Judge-Executive Dan Mosley brought the magistrates up to speed on the specifics of the process.

“The auction ended on Oct. 5 for the Mack Granite GR 64 F dump truck,” Mosley said. “That is the tandem on the leasing program that we’re on.”

Mosley reminded the magistrates the county began the leasing program approximately one year ago.

“We took a truck to auction in Alabama last year,” Mosley said. “We still netted out from the amount we paid for the truck – because we’re getting discounts on all the tax that is out there – we made $8,000 to $10,000 on the truck after the interest had been paid for a year, and the insurance expense.”

According to Mosley, this year, the county used a different method for putting a truck up for bid.

“We decided to list it on Govdeals,” Mosley said. “Of course, we had to advertise it locally to give anybody the opportunity to bid on it.”

Mosley stated the truck sold for $216,000 on the Govdeals website.

“After the insurance expense and the interest we paid for the year, we netted out a little more than $62,000 on this truck,” Mosley said. “I wish we had about six more to sell.”

Mosley said Govdeals does charge a fee. However, that fee is paid by the buyer.

“This program has been a very smart program for the fiscal court,” Mosley said. “We get a new truck every year, and we’re making money off the trucks that we are driving for a year. Essentially, we’re driving a truck for free and making money off of it.”

Magistrate Paul Browning motioned to accept the bid from Vorst Paving for $216,000, seconded by Magistrate Bill Moore. The court approved the motion with no objections.

• The court approved an agreement with the Commonwealth of Kentucky Transportation Cabinet and the Department of Rural and Municipal Aid for Flex Funds;

• The audit of the Harlan County Sheriff’s Office was accepted;

• Payment of election officials was approved;