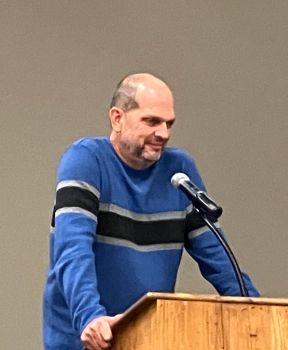 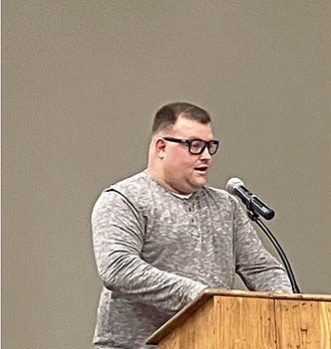 The recently held Candidate Forum presented by the Harlan County Chamber of Commerce at the Harlan Center drew two candidates for mayor of the city of Cumberland to the event.

Robinson asked the candidates for their thoughts on the build-ready site located in Cumberland, a project designed to attract industry to Harlan County.

Robinson called on Raleigh, the incumbent, per forum rules, for the first response.

“It’s a great project,” Raleigh said. “Once we get somebody in there, we’re talking, according to my estimates…about 150 jobs.”

Franklin then provided his response to the build-ready site inquiry.

“I think it’s a good idea,” Franklin said. “As far as plans, I’m not sure what plans are in action now. If there isn’t any, we need to be aggressive on it. Something needs to be built there to benefit the entire county and the entire surrounding region.”

Robinson then presented a follow-up question to the candidates, asking what assets other than the build-ready site the city of Cumberland could use as leverage to attract new jobs, people, and tourists.

“We’ve already got assets in Cumberland,” Franklin said. “We could revamp our downtown completely…we have the mountains and Kingdom Come (State Park) that we could leverage just a little bit further.”

Franklin pointed out there are many empty and vacant properties in Cumberland.

“We could be more aggressive toward different places, different communities, different businesses and try to bring in something so that we benefit, and they benefit as well,” Franklin said.

Raleigh was then given his chance to answer the question.

“If you look at Cumberland right now, we’ve had several new businesses open, several have remodeled,” Raleigh said. “Are we growing? Yes. It’s a slow process.”

Raleigh stated coal mining was the only source of revenue for a long time in Cumberland.

“We’re seeing more and more buildings bought and remodeled,” Raleigh said. “The businesses we have, they definitely show they are an asset to the community. I think the build-ready site will only encourage more businesses to be here.” On Nov. 8, voters will go to the polls to cast their ballots in the general election.