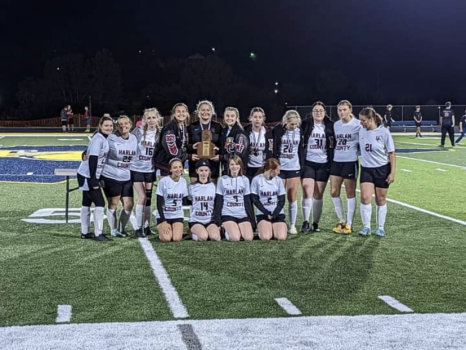 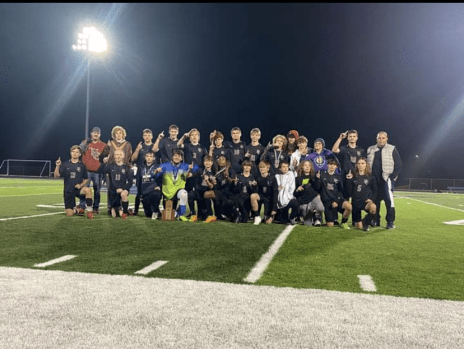 HC blanked Knox Central 7-0 in the tournament’s first round and edged Middlesboro 3-1 in the title game.

The Black Bears had four goals from Ray Splawn. Bradley Brock, Matthew Jones, and Brayden Miller each had one goal.

Hunter Smith had an assist for Harlan County.

Travis Burkhart, named Most Valuable Player for the tournament, had three goalkeeper saves for the Bears.

Knox Central closed the season with a 0-10 record.

Harlan County got goals from Cayden Shanks, Brock, and Miller in the win over the Yellow Jackets.

Burkhart had 17 goalkeeper saves for HC. The 17 saves in a game set a school record.

Harlan County (9-6-2) was scheduled to play North Laurel (10-8-2) at Corbin on Monday in the first round of the 13th Region Tournament.

The championship was scheduled for Wednesday at 6 p.m.

The Lady Bears drew a bye in the first round of the 50th District Tournament.

Knox Central blanked Bell County 3-0 in the opening round.

KC got two goals from Amya Bledsoe and another from Jenessa Spencer. Lexie Olmstead had ten goalkeeper saves.

Kiley Cupp had six saves for Bell County, who closed the season with a 1-12 record.

Harlan County defeated the Lady Panthers 2-1 in the championship game on a shootout/penalty kick.

Abigail Gaw scored a goal for the Lady Bears, Brooklyn Crider had four goalkeeper saves, and Gaw had one save.

“I am so very proud of this team,” said Harlan County coach Troy Gaw. We worked hard all year, and it really paid off.”

The championship was slated for Wednesday at 8 p.m.