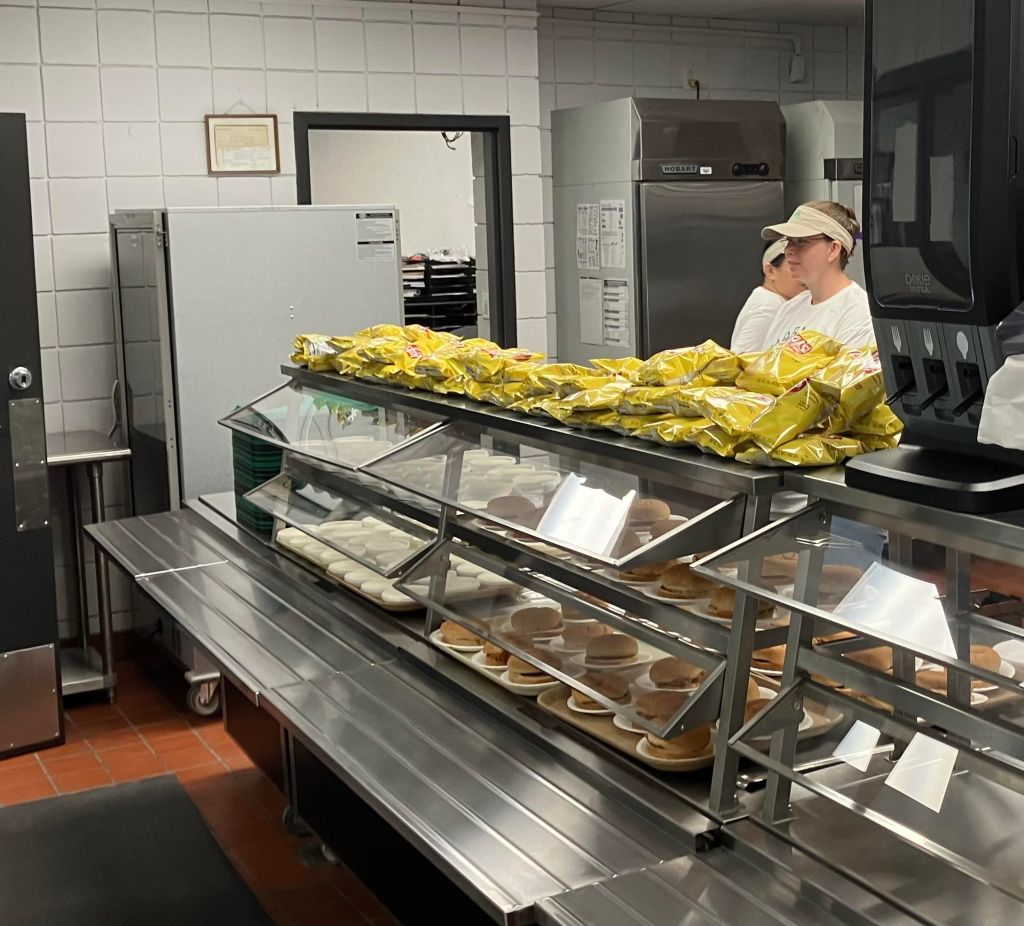 The Harlan Independent School District students are beginning the new school year with several upgrades to the facilities, including a completely renovated cafeteria. The district introduced the facility to students and faculty during an opening ceremony on Tuesday, Aug. 16.

“I’m just so proud of what this day represents,” Meadors said. “This community is blessed to have a school district that is so financially stable. I hope people realize what this school district means to this community. We hang our hat on the accomplishments of the students and teachers. This project … Will ensure the viability of this district for at least a few more generations.”

Harlan Independent School Board Vice-Chairman Will Miller was also on the premises for the event.

“I’m happy to be here today,” Miller said. “This cafeteria is the most visible of our renovations, but there have been many more renovations done. We’re looking forward to the next phase.”

“The cafeteria was a part of an overall project that included improvements to every building on campus,” Morton said. “In some areas, it was more extensive than others. There’s been a tremendous amount of planning and budgeting to make that happen. At the end of the day, it was a more than $7 million project that came on the heels of a $2 million project.”

According to Morton, the renovations took more than a year to complete. In addition to the cafeteria, other improvements were made to the campus.

“The high school underwent nearly a complete renovation,” Morton said. “It’s got new flooring, new ceilings, new LED lighting everywhere, all of the bathrooms have been upgraded and modernized. There’s a new heating and cooling system in that building, including the gymnasium, and a fresh coat of paint on the inside. On the outside, we’ve added some lighting that really enhances the Central Street area for our community.”

The elementary school has also received many upgrades.

Morton said improvements had been made to all major systems at the campus.

“They will be much more cost-efficient for the bottom line and easier to manage for the next generation,” Morton said.

Morton mentioned some of the most appreciated improvements to the cafeteria.

“The cafeteria has expanded space. We have age-appropriate furniture in there. It has an almost restaurant-type feel and atmosphere,” Morton said. “It’s very different than a traditional school cafeteria, which was our intent. We added 70-inch TVs in that space so kids would look forward to going there. There’s a large natural light area compared to before.”

Morton explained the cafeteria previously only had three windows which let in little light.

“Now, you’ve got an area that’s very bright, very colorful, very modern, and very inviting,” Morton said. “Today, I’ve met with kids in the middle school and high school, and overwhelmingly one of the things they’re most excited about is going to the cafeteria, which is wonderful.”

Morton pointed out all of the decisions on renovations were rooted in improving the instruction of the school’s students.

“We needed more cafeteria space to accommodate more students in a serving so we could protect our optimal teaching time, which is early in the morning,” Morton said.

The project was funded without requiring a tax increase, Morton said.

“School districts receive funds that can only be used for construction,” Morton said. “We’ve been saving those funds. We have pooled various funding sources together to pull this off without having to raise taxes or anything like that … We had the money to pay for it without having to dip into our general fund. We’ve done pretty well managing our construction funds over the last 15 to 20 years. This has helped us tremendously to do some things across the campus that were needed.”

The district’s next phase will be improvements to athletic facilities.

“The next item on the list are the athletic facilities, specifically our football field area and track,” Morton said. “We’ve got a lot of decisions to make.”

The renovations are being completed just when the district is seeing an increased need.

“The additional space comes at a perfect time,” Morton said. “Our elementary school has really increased in enrollment with a record kindergarten class of nearly 100 students, so we need that extra space.”